BULK POWDERS™ Boxing Club of the Year Competition: The Finalists 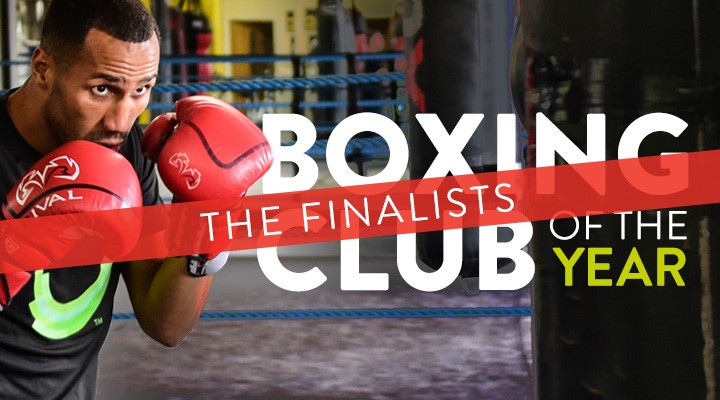 As you know, we’re on a mission here at BULK POWDERS™ to teach the nation more about the benefits of boxing, and the hard work that goes into training boxers (men, women, kids, amateurs and pros) around the country.

For our BULK POWDERS™ Boxing Club of the Year competition, we’ve not just been keeping an eye out for excellent facilities and boxing expertise, but for clubs that inspire and encourage their members to practise, work hard and smash their goals time and time again (you can find out more in the original post).

So, why boxing? Put simply, it’s a full-on sport that works your whole body. This is key, because proper sports nutrition can really help boxers to go the distance. One of the prizes the winning club will receive is exclusive club discount and invitations to periodic flash sales, where they can get their gloves on everything from quality BCAA supplements to other protein products and tasty shakes.

Let’s get onto the good stuff then. The nominations have been flying in, and after careful consideration, we’ve put together a final shortlist.

Read on to see if your chosen club made it! Clubs are listed in no particular order.

A friendly club run by a husband and wife team who believe that fitness should be fun (too right). 12 Rounds train everyone from complete beginners to serious fighters, providing both team and one-to-one sessions. They do all they can to support members, which includes providing childcare during classes for mums. Here are just some of the things those who nominated the club had to say about them:

“Can take you from novice all the way to a regular fighter on their shows, with expert support every step of the way.”

“Since I have started boxing at 12 Rounds my confidence in all walks of life has hugely improved and this is to do with the amazing and encouraging teachers.”

A club that promises to “train hard and fight easy” was always going to be at home in a competition like this. The coaches of England’s Fusiliers Boxing Club have represented the battalion, fighting in major army competitions as well as civilian competitions. One nominator sums it up: “Boxing has been a part of the regiment for many years. It has only been missed when on operations or in training abroad for operations. The club has been a part of the boxing community, not only in the army but with civilian clubs too, and has made good links with clubs around the country. The club also won the Army Major-Units boxing competition this year, which is one of the toughest competitions in the Army across any sport.”

A £500,000 redevelopment in 2015 gave West County Boxing arguably some of the best boxing facilities in the UK. The club was established in 1989, and thanks to founder Chris Sanigar, has gone from strength to strength. Not only do they boast three World Champions, but they have a thriving amateur club. In addition, their Empire Fighting Chance charity helps children from deprived backgrounds. According to their site, “Empire Fighting Chance delivers non-contact boxing with education along with a wide range of support services like counselling, mentoring and employability support.”

A boxing club that goes above and beyond to prepare members for the challenges life may throw at them, Double Jab’s website states, “Our coaching goes beyond boxing and through our lessons in discipline, respect and commitment, we provide all our members with the moral foundations to tackle all that life will throw their way.” One of this club’s missions is to take youth offenders off the streets and into employment. As the notes of one nomination put it, “Four years, 211 members, six champions, 40 boxers and education has led to nine people in full time employment. What boxing club can tell that story?”

A comment that came up repeatedly in nominations for Eastbourne Boxing Club was the fact that their coaches are so supportive. It’s a non-profit organisation, meaning classes are truly inclusive. Here are just some of the wonderful things we heard:

“The thing that makes it stand apart is that it is truly for the residents of Eastbourne from tots to the over 50s, but [it also caters] for the potentially elite Olympic and pro boxers of the future.”

“There is a buzz in the air and every single person that attends the club is given the same excellent time and attention from the coaches. It’s so friendly and everybody is out to help each other.”

This club is dedicated to providing one-to-one style training by keeping numbers low in classes, which means there’s an emphasis on helping the individual to form and focus on unique goals. Here are a couple of the comments we received on Elite Boxing:

“The coaches are all hardworking, dedicated and have great skills which they use to help each individual. Classes are no larger than six and in most sessions I’ve had I’ve pretty much had 1:1 coaching for such a low cost.”

“Everyone is treated the same at the club and can often be found training with professional boxers such as unbeaten Jack Flatley and Commonwealth champ Luke Blackledge who are more than happy to help you progress.”

Islington Boxing Club has a history of helping professional and recreational boxers in equal measure. There is a focus on the mental, as well as physical benefits – as summed up on their site, “We especially look for and encourage young people to attend, giving them a focus, showing them discipline and teaching camaraderie.” Put more bluntly in the words of a nominator, “[The club] helps give some of the local community a channel to funnel all that aggression into something constructive.” Well said.

“Champions in the Ring, Champions in life” – Bulldogs use a unique 5 Pillars Support Programme to help young people make positive choices and changes through boxing. According to their site, these five pillars are as follows:

This is clearly a club who know the transformative powers of boxing, and are ready to innovate as a means of encouraging members.

A friendly, inclusive boxing club that’s well-established in the local community, St Joseph’s has built a solid reputation over the years. Like any great boxing club, it’s the enthusiastic coaches and volunteers that make it. Just a glance at their reviews on Facebook builds a picture of strength and success.

The folks at Highland Boxing Academy are all about smashing records. Despite only being in their fifth season as an affiliated club, they have secured 12 national titles, including two Open Championships. Through a mix of classes and personal training sessions, their vision is “to widen opportunities for people to become involved in the sport of boxing and thereby gain enjoyment and maximise their potential.”

Paul Wiffen has an impressive chunk of experience under his 3rd Dan Black Belt. He is the undefeated European Kickboxing Champion and holder of five titles at two different weights, plus, he has over 20 years’ experience in kickboxing training. Here are some messages of support we received for his club:

“Paul and his wife Zoe work so hard to make sure everyone reaches their potential; if it’s giving PTs, or being at the gym every day to give classes (boxing, kick boxing and K1). Everyone there is family, new or old members.”

“PWA is a no ego gym, people of all abilities are welcome, our oldest member is in his late seventies and the youngest just three. This gym does so much for the community and should be recognised for its contribution.”

“This club is like a second home with extra family thrown in.”

A club with camaraderie on tap, Fight Fit Systems’ packed-out classes are popular with people all around Essex. Members take part in shows designed to raise money for charity, and a serious support system is always in place for members old and new. Here are some of the comments we received:

“The gym is packed out every session and people travel from all over Essex to go there, myself included. The gym itself is also very impressive, boasting a padded fitness area, bag area, ring and free weights area.”

“As soon as you walk into this gym you get great vibes!”

“They are really supportive and encouraging to everyone who trains.”

London is home to many boxing clubs, but according to most of the comments we received for Miguel’s Boxing Gym, this is one of the friendliest. This matches up with their site, where they cheerily explain the following, “Even though boxing is, in itself, an individual sport, if you like the idea of making new friends, with similar interests to yourself, then come along […] and become part of the team.” So, what else did people have to say?

“It’s an old school boxing gym that really does serve its community in every sense of the word.”

“Absolutely fantastic, hardworking staff. […] The team does massive amounts of work for the community.”

“Miguel’s Boxing Gym is nothing short of inspirational. It is the most welcoming gym I have found in London, and after only a short amount of time I think of my boxing comrades as family.”

Hybrid is a club that offers an innovative sort of training. Founder Darren Norris reveals on the site that his goal was to “develop a school that embraced other styles’ strengths without being forced to adopt their weaknesses.” Part of this remit is to have the right professionals to deliver exceptional teachings. Ex professional boxer, Carl Drake, is the head trainer at Hybrid and is responsible for running the boxing programme. He has many year’s experience as a professional boxer and is always keen to pass on his wealth of knowledge.

Darren Norris continues, “No two lessons are the same. We are constantly exploring and testing. Searching for better techniques and training methods.”

The Locker Room know a thing or two about pushing members to the limit, giving them a sense of confidence and identity. According to their site, they’re a club that backs the mental and social benefits of boxing, “You’ll do things you never thought you could. We can do for you what no treadmill or crosstrainer ever could – we’ll get you to believe in yourself!” One nomination highlighted how inclusive they are, “Professional trainers offering a wide range of classes for pros, amateurs, women and children.”

Vote today for the Boxing Club of the Year

So, there’s the final 15 – big thanks to everyone who put nominations through! The response really has been fantastic and it’s inspiring to hear about all the great boxing clubs out there.

The winner will be decided by a public vote. Simply fill in the form below, and don’t forget to garner support for your chosen club by sharing on Facebook, Twitter and the like. Remember, you can keep the conversation going by using #BULKBOXING.

The winner will be announced on the 4th July.