Creatine, Not Just For Growth 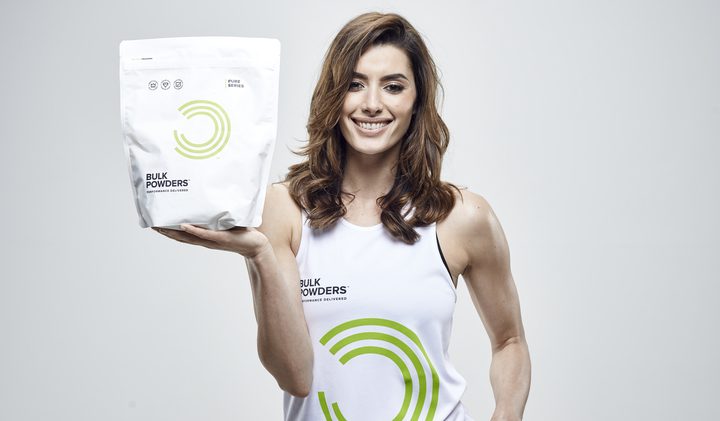 Creatine is literally the most researched sports nutrition supplement out there. Creatine increases physical performance in successive bursts of short term, high intensity exercise which makes it a core component of bodybuilders’ supplement stacks. It also comes with the advantages of being cheap, cheerful, essentially flavourless and very effective, what’s not to like!?

Not all of us will be looking to pack on muscle or hit a new PR on bench press, so this article will evaluate the uses and benefits of Creatine beyond the ‘usual’ applications. Whilst most of the research discussed will centre on the ever-popular Creatine Monohydrate, we’ll also take a look at the many different varieties available.

As a super-quick recap of why Creatine is so effective, this molecule naturally plays a part in energy production. The energy currency of our bodies is called ATP (Adenosine Triphosphate), the cells of our bodies turn over a lot, and I mean a LOT of this per day. During energy production a molecule of ATP will lose one of its phosphate groups turning it into ADP (Adenosine Diphosphate).

Whilst ADP can be metabolised into further energy and AMP (you guessed it, Adenosine Monophosphate), the body prefers to stick with ATP when possible. So, we have a molecule that needs a phosphate group, where does it come from?

There’s a few energy pathways which can reattach this phosphate group, but by far the quickest is through Phosphocreatine (PCr). We naturally hold stores of this compound in our cells, but, through supplementation with extra Creatine, we can effectively bolster cellular PCr levels.

PCr donates a phosphate group, ATP is quickly reformed, energy is produced and we’re able to grind out 1-2 more reps on our lifts, sprint that little bit harder, increase our vertical jump height, and so on. This process is mediated by the enzyme Creatine Kinase. The general accepted rule is that if it your exercise of choice involves explosive energy, chances are that supplementation with Creatine would be useful.

Can Creatine supplementation go beyond boosting explosive exercise and improve endurance exercise performance? At a glance it would be tempting just to say “nope” and move on. However, the research paints a more complex picture. Whilst it seems fairly conclusive that Creatine supplementation won’t improve your overall race time, there have been some demonstrated benefits to recovery.

For example, when a group of young, healthy male athletes were dosed with a relatively high amount of supplemental Creatine (12g/d) for 15 days, they displayed a trend towards reduced protein & muscle glycogen degradation following 60 minutes of running. It could be argued that this would make recovery faster (and less painful) which could be beneficial for repeated bouts of endurance exercise.

Another study has shown that a combination of chronic Creatine (20g/d) and Glucose (60g/d) supplementation for 6 days effectively lowered blood lactate levels during exercise and increased time to exhaustion in a group of recreationally active men. The results here aren’t directly applicable to endurance performance as the exercise in question was a VO2 max test. For anyone who’s never come across one of these before, it essentially involves cycling at a set pace against a steadily increasing resistance, until you can quite literally cycle no more. For anyone who’s ever done one of these, you’ll appreciate it’s one of the worst things you can do. Personally having to do VO2 max tests was one of the real downsides to my time at uni (topped only by once doing a Wingate test whilst hungover – feel free to google this).

Back to the point in case, the reason this study can’t directly be applied to endurance performance is that there’s not really a sport or event which would mimic this type of exercise. But, and this is an important but, the results are very interesting as reduced blood lactate concentrations may help to improve endurance exercise capacity. An interesting extension of this would be to look at the effect of Creatine supplementation on an event such as middle-distance running or cycling the Velodrome.

Another area that Creatine supplementation can allegedly benefit is cognitive performance. This includes, but is not limited to focus, reaction time and problem solving. In an age where we’re required to concentrate for extended periods of time, frequently dependent on caffeine and becoming ever-more interested in supplements which can improve focus, could something as established as supplemental Creatine help?

Interestingly the answer appears to be yes, but only under certain conditions. Now, as with every normal vitamin or mineral, the time you’ll be most likely to experience a benefit is when you’re deficient. For example, if you’ve got a good diet and an adequate vitamin intake, it’s unlikely that taking a load of B12 will give you much in the way of extra energy. However, if you’re deficient then popping a B-Vitamin Complex can be a game changer. It would appear that this is largely the same principle with supplemental Creatine and cognitive agility.

Now, it’s not easy to become deficient in Creatine as the body will only turn over somewhere in the region of 2g per day. However, as dietary Creatine is typically found in meat, fish and animal products, sorry vegetarians and vegans, but that does make you the more likely groups to be deficient in this overall fairly unlikely situation! A very interesting study by Benton & Donohoe (2011) looked at the effect of supplementing vegetarians and omnivores with 20g Creatine for five days. Following this, the vegetarians comprehensively outperformed meat eaters in a memory test. This study was not without a few question marks hanging over it, but it is definitely an interesting area that warrants further research.

As muscle Creatine is known to decline with age, another population group that are particularly interested in Creatine are the elderly. It is accepted that daily supplementation with 3g Creatine can help to stave off the effects of sarcopenia, this has sparked a surge in interest as to whether Creatine could also help to stave off cognitive decline. One thing which isn’t clear is how effectively supplemental Creatine is able to cross the blood-brain-barrier and how effective it is at bolstering the levels of PCr in the brain, if at all. It’s way too early to draw any conclusions either way on this topic, but we should be in for an interesting few years of research regardless!

Varieties – Which Should I use?

If you were to type ‘Creatine’ into our search bar, you’ll be presented with 11 options to meet your Creatine requirements including a range of powders and tablets. These range from the humble Creatine Monohydrate, to the fairly funky sounding Tri Creatine Orotate. So, what exactly are these varieties? And more importantly, what’s the best one for your requirements?

Monohydrate: As mentioned at the start of this article, there’s no supplement that’s undergone more extensive research than Creatine. A very large amount of which has been conducted on Creatine Monohydrate (CrM) This is the variety which is without a doubt the most well-known and popular, this is also used as the ‘baseline’ supplement to which all other varieties of Creatine are compared to. It is very good value for money, largely flavourless, fairly soluble, has good absorption in the intestines and very pure. CrM is effective at increasing intramuscular PCr and improving explosive exercise performance. Creapure® is a premium, patented form of CrM. This has been micronized which improves solubility, all but eliminates taste and guarantees a 99.95% purity of Creatine.

Ethyl Ester: Creatine Ethyl Ester (CEE) is the next most researched variety after Monohydrate. Structurally it is CrM bound to an Ester group, the ergogenic effects of supplementation are largely the same as those of CrM. The important difference is that CEE users frequently report that they don’t experience water retention when using this supplement. Water retention is one of the more frequently reported side effects of CrM and may be unappealing to some users, especially those chasing the infamous summer shred. A word of warning, CEE tastes bad. Really bad. Really, really, really bad. So, our Creatine Ethyl Ester Tablets may be a preferable option.

Malate, Orotate, HCl & Gluconate: These varieties of Creatine have so far undergone less research, they do however show promise. We’ll go over them quickly here:

Creatine HCL is CrM bound to a hydrochloride salt, the intention of which is to enhance solubility and absorption.

Creatine Gluconate is CrM bound to a molecule of Glucose. A lot of early research showed that an intake of high GI carbohydrate could enhance the rate of Creatine uptake. The result was a plethora of supplements which provided a small dose of CrM along with anywhere from 40-80g of sugar. Binding the Creatine directly to Glucose saves on consuming a ton of sweet, sweet calories just for a bit of explosive power.

It is clear that Creatine is an effective supplement and can provide benefits well beyond those of growth and strength gains. Chances are that your exercise or sport of choice could benefit on some level from this incredibly well researched compound. As for the type that will suit your needs best, my advice would be to start with CrM as this is the most researched. If you felt that CrM didn’t meet your requirements, then simply work your way down the list until you find one that does.