3 EXERCISES TO STOP YOUR HIP PINCHING WHILST SQUATTING

“I can’t squat because I get a pinch in the front of my hip” is a common complaint I hear from people frustrated that they are no longer able to squat as deep or as comfortably as they once did.

There is a common belief pinching in the front of the hip is caused by tight hip flexors. In a large amount of cases I see clinically this is only part of the picture.

Another common belief is that this pain must be caused by physical damage to the labrum or cartilage, or physical changes to the bony structures causing femoroacetabular impingement. 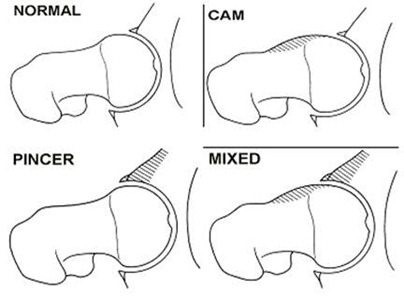 So the moral of the story is… Damage does not always equal pain!

SO WHY DO YOU EXPERIENCE PAIN?

The answer is multifactorial but essentially comes down to your hip no longer being able to tolerate the demands placed upon it.

In the majority of cases, this comes down to an issue with your pelvic position, a lack of hip stability or hip range of motion. I imagine pelvic position is a new term to many of you.

What I mean by this, is your pelvis being rotated forwards into what is known as an anterior pelvic tilt. An anterior pelvic tilt is primarily caused by dominance of your hip flexors and erector spinae (lower back muscles) and a lack of stability from your abs/obliques, glutes and hamstrings.

This impacts your hip joint by closing down the front of the joint (moving the acetabulum forward over the femoral head), which places the hip joint into a position of relative flexion. The same joint kinematics (movement) occur as during a squat.

HOW DOES THIS CAUSE A PINCH DURING SQUATTING?

Imagine you are aiming to squat to a depth of 105 degrees of hip flexion to complete a pain free squat but your hip is already in a relative position of 5 degrees hip flexion. Now when you attempt to squat to 105 degrees but you only have 100 degrees available, your hip is not able to tolerate going to the depth you are aiming for. This can create a compression of the structures around the front of the hip joint potentially causing irritation and a ‘pinching’ sensation.

This also goes some way to explaining as to why many butt winks occur but that is for another blog.

So the key to improving the pinch in your hip is addressing your pelvic position alongside improving your hip mobility as well as your glute, hamstring and abs/oblique stability.

HERE ARE MY TOP 3 EXERCISES TO ADDRESS THESE FACTORS: