If you’re reading this then odds are you’re someone who trains hard, watches what they eat and takes care of their body. And as the weekend approaches we bet some of you also like to head out for a few drinks, having worked hard you also like to play hard… right? But we feel it is important to know the effects that alcohol can have on your training – from bodybuilder to long distance runner.

Most people are aware of the health problems that come from long term bouts of heavy or binge drinking. But can the odd few visits to the pub here and there really make a difference on your health, and in particular your ability to build muscle? We take a look at some of the less well known health disadvantages of having a few drinks….

Most people know that getting a deeper level of REM sleep can help with muscle repair, which is one of the reasons why supplements like ZMA are so popular. Alcohol gives you a restless nights sleep. You may pass out and snore but, in reality, you never wake up from a few drinks feeling refreshed.

With a hangover you’re going to feel tired and lacking in the energy needed to bench your way through your regular workout. We’ve already mentioned the restless sleep that a few drinks can cause, but alcohol can also affect your glycogen levels – decreasing the amount stored in your muscle cells.

Your body prioritises alcohol synthesis over glycogen synthesis, meaning that by the time you hit the gym your body will be running on empty and fatigue is likely to kick in early. Not only will working out with a hangover not help you make any increases in strength, it’s probably best to forget doing any cardio too. Alcohol can cause your blood pressure to increase, which raises your heart rate. As exercise also raises your heart rate, your heart will be under an increased amount of stress, meaning that any aerobic exercise will feel an awful lot harder than it should.

With around 150 calories in just one can of beer (which contains carbs including sugar), a night drinking can hit a calorie controlled diet pretty hard. Even spirits without mixers can be damaging, with around 60 to 100 calories in a single shot. All these calories are without the kebab at the end of the night and the dehydration induced feelings of hunger that occur the next day….

We’re not telling you not to drink, but if you are planning on having a few drinks this weekend then below are five tips to help you keep your training on track:

FOR EVERY DRINK YOU HAVE, HAVE A GLASS OF WATER

This may be an oldie, but it’s a pretty savvy rule. Not only will you drink less alcohol (think more £’s in your pocket, less of a hangover, better sleep and more memories of the night before the morning after) but you’ll also be making a pretty decent stab at preventing the dehydrating effects that drinking can have.

Keep your food nutrient packed if you intend to drink. Filling up at lunch on fresh fruit and veg will also allow you some additional calories in the bank for a few drinks too.

ALLOW YOURSELF A LIE IN

Get as much sleep as you can – everything feels better after a good nights sleep and there are many who can attest to the benefits of sleeping off a hangover. Let your body rest and you should be back to your best sooner rather than later.

Having a few drinks now and then shouldn’t see you straying too far from the path. Maybe give NekNominiate a miss though….

Alcohol can put the liver under an awful lot of stress, and while it can regenerate itself, repeated stress doesn’t allow it the chance. Whether stress is caused through drinking or taking pro-hormones, a supplement like Milk Thistle Extract Powdercan provide comprehensive liver support.

WHEN YOU HAVE A HANGOVER YOU’LL FEEL DEHYDRATED

As well as drinking plenty of water, supplements such as Complete Hydration Drink™ can help get you back on track.

Do you avoid alcohol at all costs, or do a few drinks find their way into your diet? Let us know whether you workout with a hangover and whether you feel it affects your training by sending us a tweet or contacting us via Facebook. 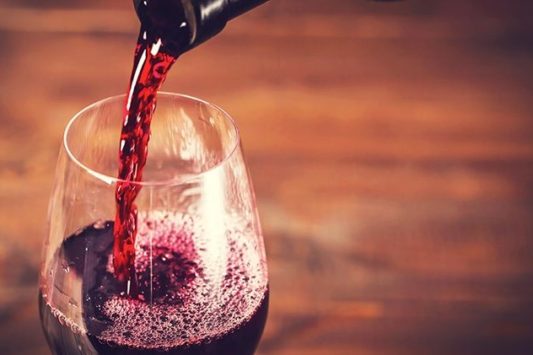 From time-to-time we all like to let our hair down and have a few drinks with friends, and there is no reason why once…