Those that prefer low intensity can often be found out walking on cold, wet mornings or looking bored walking on the X-Trainer after a weights session. The high intensity advocates will generally be found dripping with sweat on the bikes or the rowing machine.

But which method is the most effective?

It would be remiss not to start with the caveat that appropriate nutritional intake is paramount to success. After all, it was inappropriate nutritional intake that resulted in the excess pounds in the first place! It should also be pointed out that cardio isn’t actually a pre-requisite for fat loss – other training variables such as frequency and volume can be manipulated. Now that ‘disclaimer’ is out of the way, let’s take a look at the rationale behind high and low intensity cardio so we know how to go about burning some additional calories in the most effective way.

The intention with low intensity cardio, such as long power-walks, is to stay in the ‘fat-burning’ zone. The ‘fat-burning’ zone graph is prominently displayed on a majority of cardio-vascular equipment in gyms across the globe. As a result, you often see people training at a very low-intensity; the perception being a slight percentage increase in heart rate could have the disastrous consequence of taking them out of their fat burning zone.

Fans of low intensity cardio, such as an hour walk, generally point to the increased contribution of fat as a fuel with lower intensity, longer duration exercise.

Over the last few years, high intensity cardio has become more popular for fat loss. Many feel that the ‘magic’ fat burning zone may not actually exist and have embraced HIIT.  The main premise of high intensity is that a period of maximal exercise is followed by active recovery and then repeated. For example: 10 bouts of 15 seconds maximal effort on a stationary bike, followed by 45 seconds active recovery. Advocates of high intensity interval training, point to the benefits of high calorie expenditure over a short period of time.

So, going back to the original question: what gets rid of the fat, low or high intensity?

In a different study, Talanian et al (2007) found that seven HIIT sessions over a two-week period ”increased whole body and skeletal muscle capacity for fatty acid oxidation during exercise.” Simply, more fat was used as a fuel. Incorporating several days of recuperation within a HIIT structure reduces the chances of CNS fatigue which directly results in a performance decline. As a consequence a reduction.

The Tabata Protocol has received a lot of attention recently. In very brief summary, Dr Izumi Tabata demonstrated that only 4mins of work (20 seconds sprint, 10 seconds rest x 8 ) had a pronounced effect on performance and energy expenditure in elite athletes.

There is clear evidence that high intensity cardio can play a role in dropping body fat. However there are a few important factors to consider before jumping on the bike for daily HIIT sessions.

Research from Parra et al (2005) showed that HIIT sessions that did not include days for recovery did not improve performance. This suggests that the muscle fibres suffered fatigue. Presumably, for most reading this, weight training and getting progressively bigger and stronger is the focus. Too much HIIT, and consequent muscle fibre fatigue, could have a detrimental effect on weights sessions. Let’s not forget, assuming rest periods are short, a typical weight training session is a form of HIIT in itself.

A majority of the research on HIIT is performed on elite endurance athletes whose training, and physiological make-up, is very different to the average person. An endurance athlete will be likely to cope with the increased ‘work. If you do little in the way of conditioning work year round and your base fitness level isn’t really that high, then adding in multiple high intensity sessions a week may be a step too far? Attempting to deadlift, squat, reduce calories and perform multiple high intensity sessions is extremely demanding.

Referring again to the original question of which form of cardio should be the weapon of choice, clearly an argument can be made for both. In which case, why not utilise both? HIIT could be utilised away from training larger muscle groups to increase calorie expenditure over a prolonged period in a time efficient manner. HIIT also has the advantage of making “low intensity exercise less difficult and more easily tolerated (Hunter et al, 1998).”  Low intensity cardio can be used to increase energy expenditure during periods of fatigue, or when training larger body-parts (which creates more stress).

An example, based on a common 4 day weights split could be:

Some prefer weights in the morning, others in the evening. Individual schedules, work and family life will dictate what works best for each individual. There are infinite variations; the above just provides a framework that utilises both types of cardio to help drop the Christmas weight in the most efficient manner. 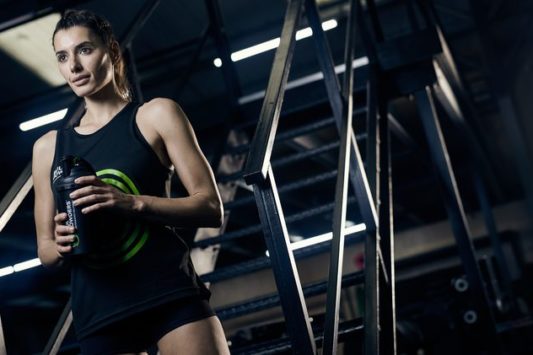 The New Year; the time when we all promise to get fitter, stronger, richer (anyone have any tips on that one?!) and most importantly…

Are you Team LISS or Team HIIT? Find out why these two forms of cardio shouldn’t be pitched against each other. Here’s the low…