Home » What are EMOM workouts?

What are EMOM workouts? 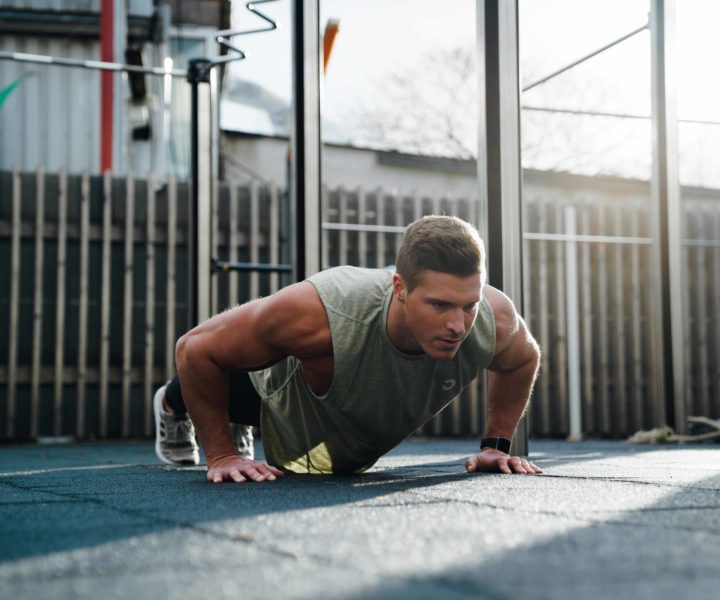 Every minute on the minute EMOM workouts were first popularised in CrossFit. As the name suggests, this style of training involves the performance of one repetition of a specific exercise every 60 seconds… exactly ‘on the minute’.

WHAT TYPE OF EXERCISES SHOULD YOU PERFORM?

This type of workout is best suited to compound or weight lifting movements that incorporate the use of multiple muscles of the body. To be maximally effective the type of exercise needs to include muscles of the lower and upper body, although it can be performed with upper body ‘multi-joint’ exercises like the bench press or push-press. This means the squat, deadlift and Olympic lifts (and variations) are often the exercises of choice for EMOM workouts.

The reason for this is quite simple, there needs to be enough stress on the body in order to make the exercise challenging. Imagine trying to do an EMOM workout with a bicep curl, this isn’t going to be demanding enough on the body’s systems to cause significant stress to the muscles, cardiovascular or central nervous system to create and effective workout.

WHAT WEIGHT SHOULD I CHOOSE?

This really depends on the intended duration of the EMOM workout, but for the first time you perform this type of workout, it is better to air on the side of caution in terms of ‘intensity’. When we talk about intensity in terms of resistance training, we are referring to a percentage of the maximum load (1 rep max or 1RM) we can lift for a given exercise.

Despite the fact we are only performing 1 repetition every 60 seconds, this means that realistically, if we use 5-10 seconds to set up and perform each lift, we might only be getting 50 seconds rest between reps. This may seem a lot for a single repetition, but if you are not familiar with training at high intensity, you need to be aware that although it may not seem demanding on the muscles or cardiovascular system, training at high intensity with whole body movements that require maximal ‘firing’ can be very challenging on the central nervous system (CNS).

Unfortunately, this ‘challenge’ to the CNS takes longer to recover from than we might expect. This is why powerlifters and Olympic weight lifters who consistently train at intensities above 70% of their 1RM actually need much longer to recover, often up to 5 minutes, before performing their next set… the higher the intensity the longer the recovery you will need to maintain performance.

In ‘real’ terms, if you would struggle to perform more than 5-6 repetitions in a ‘straight’ set, you are hitting the strength end of the performance continuum and becoming more reliant on the CNS to produce maximal force and maximum accelerations.

For EMOM workouts, this means we don’t want to set things at too high an intensity. That said, because we aren’t doing straight sets, we can stay on the higher end of the intensity spectrum. If it’s your first attempt at this then a load of around 70% of 1RM would be a good, safe starting point.

It is important that when doing heavy lifting with minimal rest we ensure technique is ‘tight’ and we are not putting the body in dangerous positions under heavy loads whilst fatigued. This has been one criticism of EMOM type workouts, especially if performed in a competitive setting (even competing with yourself) to maximise the number of completed reps.

Trying to force reps in compound movements whilst under fatigue is a potential recipe for disaster. However, there are some rules we can apply to help keep us safe with these kinds of workouts.

1: Only work to technical failure. The second technique starts to break down, that is the end of the workout.

3: Become more technically efficient.  The more efficient your movements, the less quickly you will fatigue and when you do, the less chance you’ll get yourself injured. It is important to get proper coaching and work on proper technique before bumping up the weight. ‘Movement mastery’ should be a priority regardless of how you train.

WHAT ARE THE BENEFITS OF EMOM WORKOUTS?

Because EMOM workouts allow you to perform higher intensity weight training for more reps than would be possible in a straight set, EMOM workouts are very challenging, not just on strength but also the cardiovascular system making them a great overall workout.

EMOM are also a ‘break from the norm’ when it comes to training and can be a great way to add training variety in a way that encourages you to push to your limits and allows a target to aim for, either to compete against yourself or other people.

ARE THERE ANY OTHER EMOM VARIATIONS?

Of course. You could work at higher intensities and work on performing a rep every 2 minutes, or lowering the intensity and working every 30 -45 seconds. You can also level the playing field when competing against others by adjusting the load so that you are both working at the same intensity, which will obviously adjust the load on the bar depending on your 1RM or, if you don’t know what your 1RM is, you can mix things up by using bodyweight or multiples of bodyweight on the bar. For example, if one person weighed 100kg and the other 80kg, we could set the load at 1.5x bodyweight. This would put a load of 150kg and 120kg on the bar!

EMOM workouts are a great way to add variation to training, make training more competitive and challenge the body in a different way than usual weight training. However, it is important to note that training with high loads to fatigue has the potential for injury, so you must ensure that you are technically proficient at the exercise and that you use ‘technical failure’ as a guideline for stopping, especially if performing EMOM at high intensities, not simply when you can’t move the load from ‘A to B’.

Starting EMOM with much lower intensities (60-70% of 1RM) is a sensible option if you have never performed EMOM workouts before, until you get a feel for the demands of this type of workout.