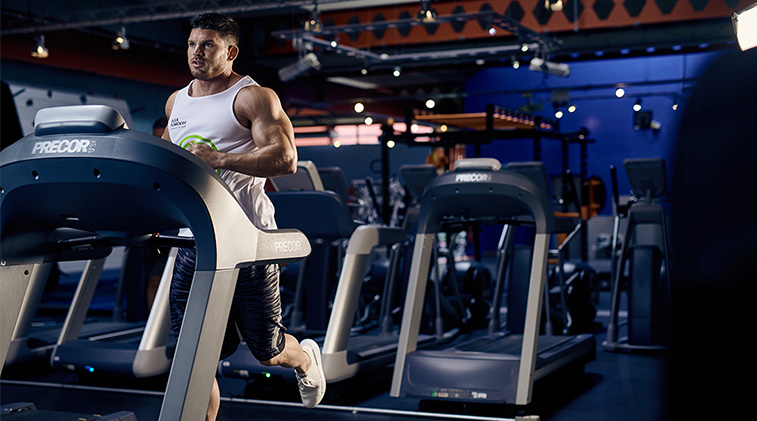 What is a thermogenic?

As the name might suggest, the term thermogenic generally relates to the capacity to increase heat production. One of the fundamental parts of our metabolism is its ability to generate heat, to keep us warm blooded mammals alive, and whenever we generate energy through normal metabolic processes, heat is produced as a result.

This is why when we increase activity, like through exercise, we get warmer as a response. The increased energy production manifests itself in an increase in heat production; we want to be warm, but not too warm to keep our cells ‘alive’.  The governing principle of thermogenic fat burners then, is to increase our metabolic rate and in turn this leads to a moderate increase in, and need to, dissipate heat which we feel as an increase in body temperature.

How do thermogenic fat burners work?

The classic, most evidence-based, fat burner is actually our old stimulant friend caffeine. Some stimulants, like caffeine, increase metabolism through triggering the release or hormones such as adrenaline. This in turn increases metabolic output and, in the case of caffeine, this effect is especially strong in those who are ‘caffeine naïve’.

This means caffeine can contribute to fat loss, however as tolerance is built up over time, these effects become dampened; although it is effective, it is best to cycle caffeine if used as a fat burner. High doses of caffeine approaching 400mg have shown to increase metabolism by around 30kcal per hour, however it is always wise to start on a lower dose and assess tolerance if you have never consumed caffeine before.

The most popular thermongenics that are seen as purely ‘thermogenic’ due to their potential to increase body heat rapidly are ‘capsaicinoids’. You may have accidentally come across thermogenics before, as it is capsaicin which gives chillies their heat.

It is therefore probably unsurprising for anyone who has had a hot curry and suffered the associated sweats, that members of this ‘thermogenic family’ are popular ingredients in thermogenic fat burners.

There are six common members of this capsaicinoid family, of which capsaicin and nonivamide seen as the most potent forms. The main site of action is through activation of what is called the ‘TRPV 1 channel’. TRPV stands for Transient Receptor Potential cation channel subfamily V… a mouthful we know!

The TRPV channel 1 receptor is heat sensitive, and activation by capsaicinoids desensitizes this receptor lowering its threshold for activation, meaning that it is activated at lower temperatures than normal.

Hence why even in a moderate temperature room, our body’s cells perceive it as much colder and generate heat as a response. Once TRPV1 is activated this creates a cascade of ‘metabolic events’ and this includes (like caffeine), the release of adrenaline which contributes to increases in metabolic rate.

Capsaicin also increases rates of fat oxidation, the use of fat as a fuel, and this combined with increases in metabolic rate means that it has potential to support fat loss, especially if consumed before exercise and this has been demonstrated at a dose of around 150mg.

Unlike caffeine, which is known to have the potential to significantly increase heart rate and potentially increase stress and anxiety in high doses to naïve users, capsaicin doesn’t appear to have any negatively associated side effects. At a dose of 150mg it increases metabolism and fat oxidation for only a short-periods of only a few hours, so this ingredient/extract can be used multiple times per day if needed.

However, if using a thermogenic fat burner it is always a good idea to check all ingredients as these often combine ingredients, including caffeine. Although caffeine can be tolerated completely safely in high doses, it is always wise to get an idea of how much per day you are consuming.

This does highlight that ‘pure thermogenics’, without caffeine or other stimulants, can typically be used more frequently and as an added bonus we do not seem to build up a tolerance to thermogenic ingredients, so we can use them throughout the entirety of a weight loss phase.

Both caffeine and capsaicin work. However, they will not work without being in a calorie deficit, so food intake will need to be controlled in order to get the added benefits they offer.

The other thing with any thermogenic fat burner is that they only increase energy expenditure by moderate amounts, so although they can help contribute to faster weight loss, people expecting huge differences in weight loss simply by adding in a fat burner might be disappointed… they are not an excuse to be lazy dieters!

One of the added benefits of many fat burners, including thermogenics and caffeine, is that they help to regulate appetite and control food intake. So even without the metabolism boosting effects, fat burners can still be a very useful weapon to support fat loss.

Which Foods are Thermogenic?

Aside from hot foods that contain chili and in turn capsaicin, there are other foods that ramp up our thermogenesis.

Broadly speaking, protein has a high ‘thermic effect’, meaning that it takes a good chunk of energy to digest and absorb. Much like the curry sweats, if we consume large amounts of meat we can get the meat sweats!

Protein rich foods also tend to be very filling and regulate food intake in this way and has the more obvious benefit of helping to ensure that we lose body fat and protects lean tissue.

Coffee and teas that contain caffeine can give a little boost in metabolism and help to keep us focused and prevent tiredness and fatigue. Green tea in particular contains ‘green tea catechins’ which may help with fat loss, but again this seems to be dependent on whether a person is caffeine naive.

Thermogenesis is a process that occurs in the body all the time to generate heat and occurs as a result of normal energy production. Some foods, especially protein rich foods, have properties that can speed up metabolism and in turn make us feel hotter.

Most metabolism increasing effects of thermogenics are moderate and reliant on the stimulation of hormones that transiently increase our energy expenditure, so although they can support weight loss, this still needs to be partnered with dietary control and exercise to maximise results.

The added advantage of thermogenics, and most well-designed fat burners, is the capacity to regulate appetite so making dietary adherence that bit easier whilst also helping to sustain our metabolic rate whilst dieting.