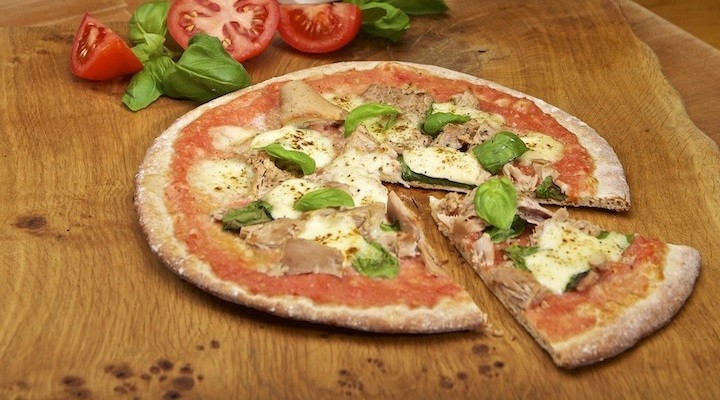 From the time we were children we have been told that we should eat our vegetables and eat healthy in general. That’s why it’s a bit sinful with cheat meals, but is it really that bad?

A cheat meal is also called a refeed (refill) meal – it is basically just a meal with a higher than normal calorie content (typically with more carbohydrates and fat) that boosts one’s metabolism and at the same time acts as a reward for keeping the course that week.

Before we continue, let’s get one thing clear – we’re talking about a planned, controlled meal and not a whole cheat day or some kind of eating contest

WHAT DOES SCIENCE SAY?

When the body gets its calorie intake limited, where carbohydrates are typically what we feel hardest, the hormones Leptin and Ghrelin have the most to say when it comes to hunger and fat loss. Leptin (a protein produced in fat cells) tells the brain (via the hypothalamus) that we have enough fat on the body, which in turn controls appetite. When you are on a diet, you lose fat, which in turn means that we produce less leptin. So when we lower the fat percentage, we automatically change our hormone profile.

Ghrelin stimulates the appetite by releasing growth hormone and is produced by the stomach when it is empty. This sends a signal to the hypothalamus that it is time to eat some food. Not exactly what you need to hear when you are on a diet, as you often have an empty stomach there!

THIS IS WHAT CHEATING MEALS CAN USE

After all, there are different degrees of diet and individual needs for fat percentage, where a bodybuilder must go down to 4-5% before the competition at the more extreme end. This increases the risk of hormonal imbalances, which in turn can cause problems in regulating energy consumption, can cause problems in controlling the feeling of hunger and potentially do metabolic damage.

When a cheat meal is ingested, the increased metabolism will last for several days after your body has digested it, despite what your stomach is trying to picture you in! This can even out the drop in hormones that usually come as a result of calorie deficit.

This increased metabolism can really give results and can help break the plateaus that come when the body is not just completely convinced that it is super fat to be super cut.

THE BUTTON SO SCIENTIFIC PART

Cheating meals are something to look forward to and it also gives you a chance to eat “normally” with family or friends. So meal timing can also work in terms of making social life easier. Therefore, weekends are typically the most logical time to refer to. The evening meal is the smartest thing to bet on, as it is not so easy to fall into the trap called “now I’m eating, so I might as well keep going”. If you start your day with a cheat meal, then it is too easy to keep driving inboard.

One of the big problems for some is that one is not very motivated to start dieting again after a cheat meal. Why should one start eating chicken and broccoli when one has just run down a pizza? If it is a problem, then of course one should not use this method or use it with care.

Another advantage of this method is that the day after a refeed, you have had the depots filled up, and may also have had a bad conscience, so you can really train through in the gym.

So cheating meals are not just “broscience” but can be a useful tool in the diet arsenal. Especially combined with BULK POWDERS products.

You never go wrong in town with a bucket of Peanut Butter or any of our other nut butter ! They all contain a lot of protein and healthy fats, so you can easily fill up the depots. For a little extra carbs, our High Protein Flapjack Protein Bars are perfect – especially when you think about how they taste!

Matt Argall , is a BULK POWDERS ™ sponsored athlete and has won 2 titles as British Natural Bodybuilding Champion. Matt is known for his vast knowledge of training and competitions and has a very consistent and analytical approach to strength training. And then he does not really have any off-season, so always stands sharp.