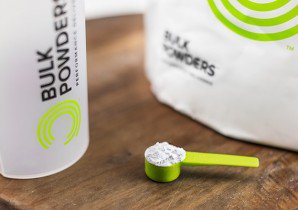 Creatine: what is it used for and what types are there?

The creatine has been extensively studied and its benefits in improving strength, getting muscles and during high intensity workouts is unequivocal. In fact, the Journal of the International Society of Sports Nutrition (Buford et al, 2007) stated that ” creatine monohydrate is the most effective ergogenic food supplement currently available to athletes in terms of increasing lean mass during training. . “

We previously published a blog, ” Creatine: what it is and how to take it “, in which we introduced the basic mechanisms of creatine, but we decided to keep the post fairly succinct, focusing mainly on the most popular form of creatine, creatine monohydrate .

THE DIFFERENT TYPES OF CREATINE

To continue exploring creatine in more depth, here we analyze some different variations of the popular supplement and review when / why you should take them.

Creatine monohydrate (Creapure®) is a patented form of creatine monohydrate subjected to an HPLC (high performance liquid chromatography) process which guarantees the obtainment of a 99.95% pure creatine. This process is undertaken to remove contaminants such as creatinine, dicyandiamide and dihydrotriazine.

Often referred to as EEC, the creatine ethyl ester is simply creatine with an attached ester. This esterification occurs when carboxylic acid and alcohol react: the result is less water retention than normal creatine.

The HCL Creatine is linked with creatine hydrochloride salt, designed to enhance the absorption of creatine. Thanks to its impressive absorption, no loading phase is required.

WHICH CREATINA IS RIGHT FOR ME?

If you pay attention to the level of carbohydrates consumed, creatine gluconate or creatine HCL could be good alternatives to standard forms of creatine. Due to the way these forms are related, their respective absorption rates are perceived as enhanced. This means that, in theory, fewer carbohydrates are needed to facilitate the process of distributing nutrients to the liver and muscle cells.