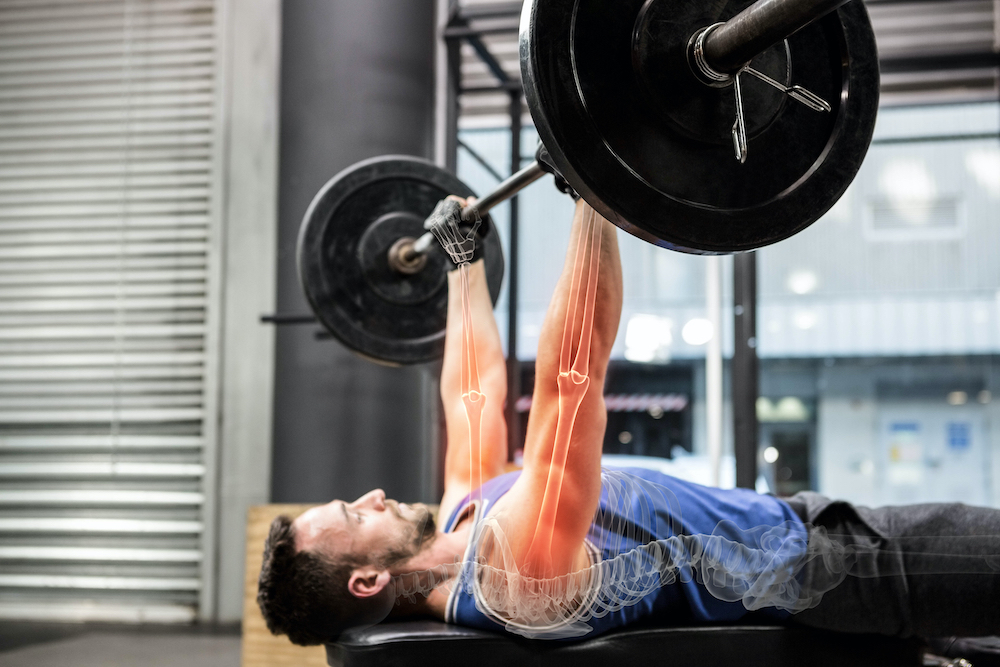 If you’ve been putting in time, working out and doing all the right things but are not seeing the same progression as you were previously, you may be in a muscle building rut. Going through a plateau is normal as your body has become accustomed to the level of intensity and stress you have placed it under to get where you are today.

Fear not, as there are a number of strength training methods to jump start your progress again.

While it may seem logical to increase resistance and reduce rest periods to break through a plateau, it may not be true. This level of training only calls upon the power of endurance without actually shocking the body into hypertrophy (growth).

This method relies on focusing on the lowering phase (eccentric contraction) of an exercise. Performed by slowing down the rate at which the full movement is performed and controlling the overall tempo.

Most people tend to focus on the shortening phase (concentric contraction)  for maximum intensity. However negative movements tend to exert greater pressure on the tendons and supporting bone structures.

This means that the greatest level of micro-tears occur during a negative repetition. Greater muscular damage forces the body to adapt and grow back bigger and stronger.

For example, when performing a bicep barbell curl, lower the weight slowly to the normal starting position. Resist on the way down for a maximum of 3 – 5 seconds. You will certainly notice the difference!

Staggered sets are a useful way to put emphasis on a weaker area of your body without dedicating a whole workout session towards it. It works by performing a set of exercises at certain intervals, allowing your working muscles to rest while other areas of your body are being worked on.

For instance, you can perform a set of calf raises after every 4 or 5 completed sets of your normal routine. In this way, you better optimise your time in the gym by working on your physical weaknesses, add more variety to your workout and are avoid overall boredom by keeping your body continually guessing.

Pre-exhaust training is quite easily the most overlooked principle in building substantial mass and strength. This involves fatiguing your intended working muscles first before moving on to your normal lifting or exercise routine.

What makes this training method so impressive, is the ability to work on every muscle fibre throughout the duration of a workout. This allows you to stimulate both bigger and smaller muscles within the same muscle group.

Pre-exhaust training does not need to be very strenuous and can simply involve basic isolation movements before moving on to heavier and bigger compound movements. One great way to pre-exhaust the chest, for instance, is to perform dumbbell flies before executing a bench press for maximum chest development.

Other examples may include doing leg extensions before squats (to pre-exhaust the quadriceps) as well as dumbbell lateral raises before performing a military press (to fatigue the deltoids).

Done correctly, you will usually find your muscles involuntarily trembling from the level of intensity it has been subjected to (which is exactly what you want).

Superset training involves performing two separate exercises back to back with no break(s) in between. This is a good way to really super charge your muscles to perform under maximum stress which will give you a really great pump when you are finished.

It may take beginners a considerable amount of time to develop the level of endurance needed to perform supersets, although they can be performed with little to no weight following completion of a primary exercise beforehand.

Supersets can be used to work alternative body parts (usually opposing muscles) or can be used on the same body part to pump extra blood into the muscles for a deeper tissue finish. For example, alternative body part superset training could involve performing a push exercise, such as a bench press followed by a pulling exercise such as a bent over row. This is a great way to really promote muscular balance and symmetry. On the other hand, if you really want to work a particular area, say for example, your hamstrings, you may perform a set of dumbbell lunges and immediately move onto a hamstring curl machine to really break the muscle down.

Do you often find yourself too fatigued to perform a full range of movement consistently as your working set wears on? Half repetitions may be the tool you need. It means exactly how it reads, performing only half of the movement (usually stopping at the point of greatest stress).

These are meant to be performed only when you are unable to complete the full range of motion as a way to squeeze in a few extra repetitions, increase intensity and work the muscle concerned beyond what it is currently used to.

An example of performing this method is when you are doing leg extensions. When you are unable to perform the complete movement of almost getting your leg to a 180 degree angle without ‘cheating’, you then proceed to only perform half of the movement by extending your leg slightly past the 90 degree mark. This serves as a useful way to tear down as much muscle fibre as possible.

You have been warned – this one is a killer!

21’s work by executing 3 sets of 7 repetitions per range of motion, in total equalling 21 completed movements (hence the name).

Performing isolation exercises on smaller muscles such as the biceps are a great opportunity to incorporate this training method as the muscles are really pushed to full exertion in ways they may not be accustomed to.

Clearing the rack involves progressively moving across the weight rack found in your local gym for a particular exercise. Now, if you are fortunate to arrive at your gym with absolutely no one in sight to perform this, consider yourself extremely lucky and brace your muscles for a funeral burial.

For instance, if you are performing shoulder presses to work your deltoids, pick heavy dumbbell weights to begin with (which you are capable of lifting for a given number of repetitions and sets). Once completed, move onto a lighter pair and so fourth until you have pretty much used as many dumbbell pairs as you can possibly handle.

Bare in mind that this training method is strictly for advanced lifters and beginners should only perform this under expert supervision. However, there is no denying the unbelievable pump you will experience having flushed your targeted muscle(s) of every cell of energy.

Do not forget to take adequate breaks in between each set when performing this training method as you’ll almost certainly need it.

This method is really beneficial for placing the muscle concerned under a lot of stress as it is being assaulted from varying angles to really trigger a growth response.

For example, instead of continually performing barbell curls for a given number of sets and repetitions, include cable curls, dumbbell curls, spider curls and so on, one after the other with breaks in between per completed set. In this way, you can better optimise your growth rate by keeping the muscle in a constant state of shock.

Pause repetitions are a tried and tested method of really accelerating your progress from both an aesthetic and strength standpoint.

Essentially, pause repetitions remove the ability to use any momentum to complete an exercise, and solely relies on the strength of the muscle alone to hold an exercise at a certain point (usually the point of greatest stress).

An example of when pause repetitions can be used quite effectively is when you are performing a bench press. Instead of exploding back up with either the barbell or dumbbells in both of your hands, focus on pausing at the negative part of the exercise when the bar or dumbbells are as close to your chest as possible (where your chest is at maximum stretch) and hold the position for a minimum of 2 seconds before pressing up.

Pause repetitions can be incorporated in every exercise or lift you can think of and is a really unique way of working the muscles even harder to blast through a plateau.

Do not confuse this training method with the one above. Rest/pause training involves lifting heavy weights or exercising at maximum intensity during your working set until you cannot perform any more repetitions. You then take a break for a few seconds to catch your breath and then continue forcing out extra repetitions until you have fully completed your set.

It is important to rest for only a few seconds as resting any longer can help the fatigued muscle fibres quickly recover. Essentially, resting for long periods of time will force you use to the same muscle fibre as before, rather than stimulating new and untapped fibres from this method.

A good example of rest/pause training is performing chin-ups and once you begin to reach failure, you momentarily let go of the bar, recuperate quickly and force out additional repetitions until you are done.

And there you have it! 10 advanced training methods you can use and incorporate as part of your muscle-building repertoire and begin to break through that ‘wall’ which has been holding you back.

Although you do not need to use every single method mentioned, it is a good idea to at least use a minimum of 3 whenever the situation requires to really make it less predictable for your muscles and to adapt effectively.

Keep it clean, keep it safe but above all, keep the intensity going.

Joseph is a Certified AfN Nutrition Adviser at Levels 3 & 4. He is also a fitness junkie who is commonly seen pulling up the world in the gym. When he is not in the gym, you can find him finding creative ways to consume supplements. 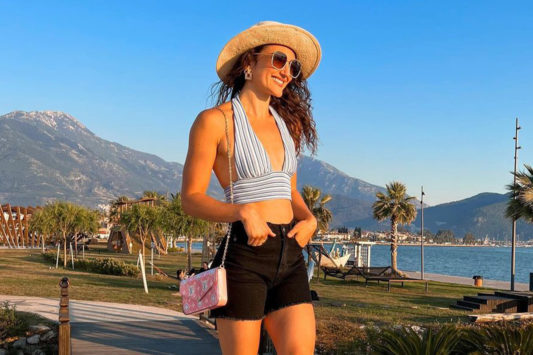 Going on holiday this summer? Bring it on. Feeling the warmth of the sun after the cold winter months is one of the best feelings.… 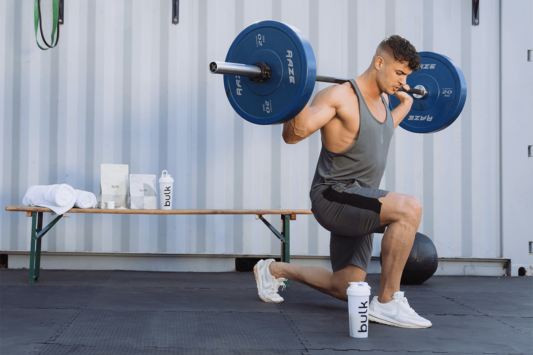 On face value, building muscle is actually a simple concept. However, simple doesn’t mean easy, and many people struggle to get results. Let’s take a…