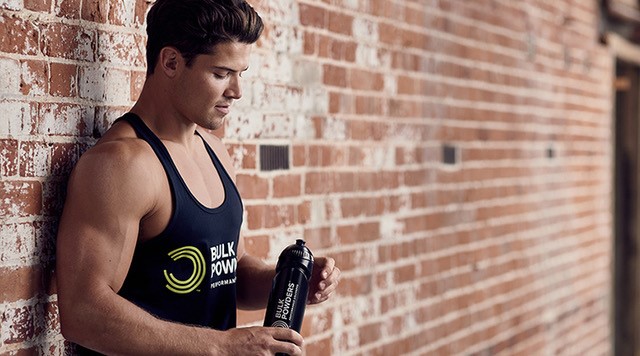 L-Tyrosine is an amino acid that is considered ‘non-essential’. Amino acids are the building blocks of proteins and are often essential for normal, healthy function of the body. Amino acids are used to create many different and important proteins in the body; such as enzymes, hormones, muscle and all of the body’s tissues and organs.

How does L-Tyrosine Work?

In some regards, L-Tyrosine is an unusual amino acid in that it is directly involved in the creation of the neurotransmitter’s dopamine and adrenaline, which are a part of a family of hormones called catecholamines.

Although L-Tyrosine is found in foods, the theory is that, by providing an abundance of L-Tyrosine in supplemental form, we can optimise or create more of these neurotransmitters as it is these that produce the benefits we are after.

Neurotransmitters are important for brain function and allow efficient signalling to take place in the brain. Supplementing with L-Tyrosine can be particularly useful during times when we are under stress and have an increased demand for both neurotransmitters and catecholamine hormones.

What’s the Difference Between Tyrosine and L-Tyrosine?

When people refer to Tyrosine, they probably mean L-Tyrosine! There are however other types of tyrosine ‘isomer’, O-Tyrosine and M-Tyrosine. An isomer has the same chemical composition but are put together in a slightly different way.

The way proteins are structured effects their function in the body, and it is L-Tyrosine that is the most common and generally useful form in the body.

Tyrosine also comes in supplemental form as N-Acetyl L-Tyrosine, which is a form of L-Tyrosine that is designed to be more water soluble and therefore more easily absorbed and ‘bioavailable’ in the body.

What are the Benefits of L-Tyrosine?

Due to the roles L-Tyrosine plays, it is an increasingly popular supplement for any environment where performance, especially under physically or mentally stressful conditions, is important.  L-Tyrosine is often supplemented for its proposed fatigue-reducing, focus-producing and mild stimulant type effects. This makes it a popular for use in the gym and in the classroom.

High doses of L-Tyrosine can potentially upset the stomach, although this can be avoided by assessing tolerance and using a split dosing protocol (outlined in ‘L-Tyrosine Dosage’ below).

There is a small chance L-Tyrosine may also interact with other drugs that are involved with neurotransmitter production. If this is of concern, you should always seek the advice of an appropriate medical professional if you are using any kind of medication that affects mood or cognitive function, especially at high doses.

Aside from these rare circumstances, it is completely safe at the doses recommended in this article, and has no other established side effects.

How to take L-Tyrosine

L-Tyrosine powder should be consumed before a workout, and is most commonly mixed with water, and combined with other pre-workout ingredients like caffeine.

To assess your tolerance to L-Tyrosine, recommended doses start at around 400mg; this limits the chances of suffering the mild side effects mentioned above.

An optimal dose of L-Tyrosine has not yet been established. Recommended dosages vary everywhere from a single serving of 500mg up to 100-150mg per kg of body weight. Once your tolerance has been assessed, we would recommend gradually increasing the dose until you find the optimal level for you.

There are nine essential amino acids that we need to obtain in our diet for optimal health. These are all found in protein rich foods, especially from what are known as complete protein sources. Complete protein sources contain all nine essential amino acids and these sources include meat, fish and dairy including whey protein, which is an excellent source of protein for this reason.

Being complete protein sources, meat, fish and dairy also contain many other amino acids and included in this is L-Tyrosine. However, for people who don’t eat many or any animal products, tyrosine is also found in good amounts in wheat products, oats, nuts and a number of beans and seeds.

L-Tyrosine is an amino acid that is important in the production of catecholamine hormones and neurotransmitters. Despite it being classified as non-essential, there are times when supplementation with high doses of L-Tyrosine might be of benefit, such as before events where you are likely to suffer physical or mental stress. For these reasons it is used as a pre-workout supplement and before events such as exams or interviews for those people who feel they need extra focus and alertness.