Nootropics | Part 1 | What Are They & Do They Really Work? 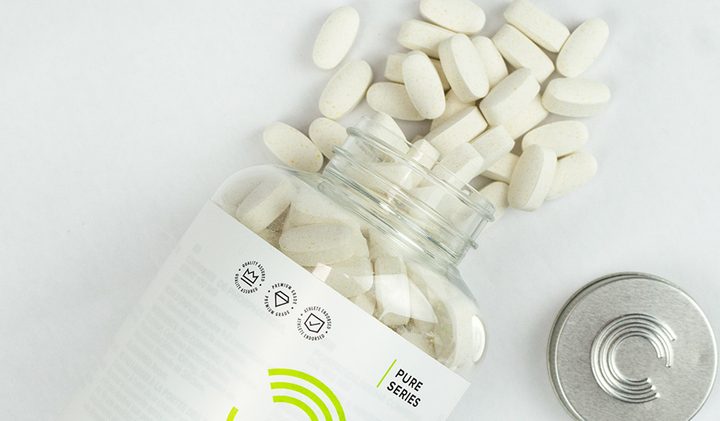 Nootropics, or ‘smart supplements’ already have a large customer base in America and are starting to get a foothold over in the UK. Nootropic supplements are typically taken to help improve memory, focus or other cognitive functions and are particularly popular with shift workers, bodybuilders and gamers along with anyone needing to concentrate for long periods of time. There is also a growing interest in Nootropics from older individuals, looking to stay ‘sharp’ through the use of natural supplements.

Right now the only approved health claims for cognitive function come from Vitamin B5, Zinc, Iron, Iodine and water. Seriously, anyone selling water can make a health claim that it contributes to normal mental function… Aside from Caffeine, no other supplement we’ll discuss in this article currently carries an approved claim. This doesn’t mean that it’s going to be a case of “let the bro meet the science”; the arguments will focus on well controlled human studies as well as the occasional personal anecdote. Thinking caps on? Let’s go!

The caffeine that’s not quite caffeine

I firmly believe that without coffee, a large amount of the UK adult population would just be shuffling around, bumping into things as they muddle along through their day to day lives. Caffeine is a naturally occurring alkaloid which I’ve personally been dependent on more times than I care to recall (7 cans of £0.19, supermarket-grade energy drink per day at uni was a particular low point!). As we know, Caffeine works by binding to the same receptors as the neurotransmitter adenosine. This blocks adenosine-inhibitory effects and in turn affects the release of epinephrine (adrenaline), norepinephrine, dopamine and acetylcholine. This in turn increases focus, alertness and concentration and reduces the rate of perceived exertion when exercising. “What’s not to like?” I hear you ask; sadly, quite a lot.

Caffeine is a stimulant, so the downsides include but are not limited to the following points: an increase in heart rate, blood pressure and an impact on sleep duration & quality. As I’m sure you know, you don’t want to be taking caffeine too late in the day unless you really dislike sleep. It’s also a habituating substance and it is quite easy to build a tolerance; in extreme cases of chronic usage subjects have reported increased feelings of anxiety and a decrease in insulin sensitivity has been observed. Not ideal.

Theacrine is an alkaloid with a very similar structure to caffeine, it naturally occurs in plants, notably Camellia Kucha. Due to the similar structure, it is unsurprising that Theacrine also has a stimulatory effect on the central nervous system. However, unlike the ‘rush’ and ‘crash’ that’s associated with Caffeine, Theacrine is reported to provide a more gentle increase in focus as well as being non-habituating. If you’re a regular user of sports supplements, you’ll have noticed this cool compound popping up in a variety of pre-workouts and thermogenic supplements in the UK. Human research on Theacrine is currently in its infancy and so far has centred on TeaCrine®, a patented version of Theacrine which is produced by the American firm Compound Solutions.

Taylor et al (2016) demonstrated that TeaCrine® was safe and non-habituating at dosages up to 300mg per day. Over the course of an eight week study, no significant changes were recorded in heart rate, blood pressure or other hemodynamic fields; a definite plus for Theacrine. However, there was also no significant improvement recorded for self-reported feelings of energy, focus, concentration or motivation to exercise. This suggests that Theacrine may not be a miracle Nootropic when taken alone. So, what happens when you stack it alongside its alkaloid brother Caffeine?

The other published human study to look at Theacrine comes from Kuhman et al (2015) observed the effects of the supplement TheaTrim on a number of cognitive parameters. TheaTrim is a proprietary blend of Theacrine, Caffeine (150mg), White Willow Bark, S-Adenosyl Methionine, Rauwolfia vomitoria extract, Citrus Bioflavonoids and Vitamin B12. This study reported a strong trend towards subjective reports of increased alertness, focus, energy and attentiveness. Whilst promising, these effects can’t be directly attributed to Theacrine due to the other active ingredients.

One ongoing study which Compound Solutions have kindly sent us the preliminary results for observes the effect of supplementation with Placebo vs TeaCrine® vs Caffeine vs TeaCrine®/Caffeine in combination. In a choice reaction time assessment, subjects taking the TeaCrine®/Caffeine combination were found to outperform all other groups. This is the first time anyone has shown a Synergistic effect between the two supplements and it sets the stage for future research to look into this further. The full study will be published soon so keep an eye out for it!

I understand that there’s currently a large amount of further research being conducted on Theacrine. It will be interesting to see what else is in store for this exciting ingredient. One last thing on Theacrine, it tastes bad, day-ruiningly bad. If you’re going to try it, get it in a blend or in a pill, just never, ever as a raw powder!

Phosphatidylserine, or PS is a phospholipid naturally found in the brain which plays a role in cell signalling. One particularly important area of which is to do with the release of acetylcholine. Traditionally, supplemental PS was extracted from bovine brain matter, so you can imagine the BSE scare of several years ago really sent the PS market down the toilet. Thankfully both soy and sunflower lecithin are also excellent sources of this phospholipid.

Most of the human studies with PS have centred on older individuals interested in preventing cognitive decline. The studies that are of more interest for this article are those conducted on healthy individuals.

Initial research on supplemental PS and attention looks promising. Hirayama et al (2014) conducted a study on children with ADHD and reported a significant increase in short term auditory memory and some aspects of focus. The dose of PS used in this study was relatively low at 200mg, which is promising as PS is well tolerated and considerably higher doses have been administered.

Supplemental PS doses at 300mg (Benton, 2001), 400mg (Hellhammer, 2014), 600mg (Starks, 2008) and 800mg per day (Fahey & Pearl, 1998) have all been shown to help reduce cortisol levels in healthy young men during a variety of stressful situations. This is another particularly interesting feature of PS as a spike in cortisol is an unfortunate side effect of caffeine intake. Elevated cortisol can be held responsible for the feelings of anxiety you may experience after taking a particularly large dose of caffeine. Habitual users of Nootropics tend to ‘stack’ ingredients together, so it’s possible that PS may be a very good partner for caffeine to act as a cortisol antagonist.

It remains to be seen what the optimal dose of PS is for cognition but the research does look promising. To throw in my two cents, this is amongst my favourite supplements out there. When I’m stressed, PS makes me feel relatively normal; when I feel normal, PS makes me feel pretty awesome. I take 300mg per day, every day. I don’t go higher because it isn’t cheap and having money in my bank account also makes me feel good!

Now for something a little bit different, Bacopa Monnieri (hereafter referred to as ‘Bacopa’) is a very interesting supplement. This is the first of the herbs we’re going to discuss that’s rooted in Ayurvedic Medicine (traditional Indian medicine). Traditionally, Bacopa was regarded as being able to enhance longevity, cognitive function and the antioxidative capacity of the body, whilst simultaneously reducing anxiety. Bold statements from the ancient Indians, let’s have a dig into the research.

Looking exclusively at the studies conducted on healthy individuals, Bacopa actually does appear to have some very good scientific backing. It does however appear to offer a much greater benefit after chronic supplementation, with optimal effects being observed after 12 weeks. Acute effects appear to be mixed. A study by Nathan et al (2001) reported no significant improvement to any aspect of cognitive functioning of subjects two hours after taking a single 300mg dose of a standardised Bacopa extract. Conversely, Downey et al (2013) observed a significant improvement in cognitive speed and reasoning in a young, healthy, predominantly female subject group following a single 320mg dose of the same standardised extract. More research needed here please.

Longer-term studies on Bacopa vary in dosage from 300mg – 450mg per day. These have mainly been conducted on individuals over the age of 40 and are very highly linked with improvements in cognition. Studies on healthy individuals have charted improvements in cognitive abilities including Free Recall Memory (Barbhaiya, 2008), Associative Memory (Roodenrys, 2002), Visual Memory (Morgan & Stevens, 2010) and Mental Speed (Stough, 2001). There are literally piles of studies relating to chronic Bacopa supplementation and it is definitely worth a read if you’re considering adding this supplement to your daily stack.

All of the 12 week trials looked at trademarked Bacopa supplements from American firms. These are 20:1 extracts which are standardised for Bacosides (the active component of Bacopa) and all doses in the studies discussed account for an equivalent dose of 6000mg-9000mg of actual Bacopa. A lot of work still needs to be done before conclusions can be drawn on Bacopa, however this looks to be one of the stronger supplements within the Nootropic category.

One final thing worth noting is that you probably shouldn’t take Bacopa on an empty stomach. Most of the side effects noted in the studies were related to gastrointestinal upset. This is generally reported as being worse if the extract is consumed without food.

There will be a Part 2 to this article where I’ll introduce a few more supps and discuss optimal doses for putting together your own stack.

Phew, I’m off for a coffee…

Benton, D. et al (2001). The influence of phosphatidylserine supplementation on mood and heart rate when faced with an acute stressor. Nutritional Neuroscience. 4(3), 169-78.