Progressive Overload | Is Training Overload the key to Real Progress? 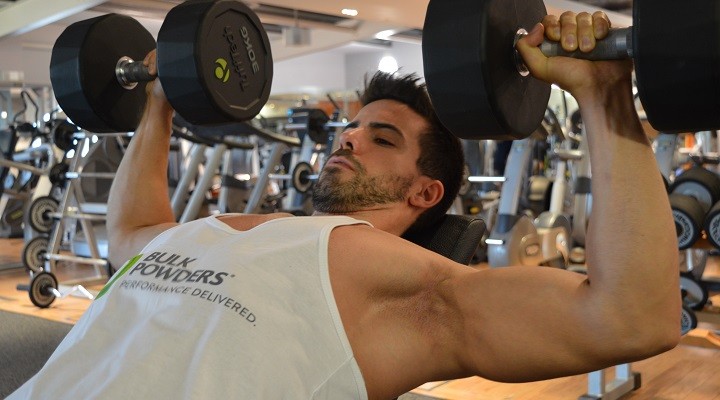 What is progressive overload?

The dictionary definition of progressive overload is – ‘A gradual increase in volume, intensity, frequency or time in order to achieve the targeted goal of the user. In this context, volume and intensity are defined as follows: Volume is the total number of repetitions multiplied by the resistance used as performed in specific periods of time’. In laymen’s terms this means, to get the body to respond to training you have to gradually increase the physical stress placed upon the body during training. This can be as simple as performing another repetition, another set, running an extra 100m, planking for an extra second or adding 1kg to an exercise. Basically, as long as it was more difficult than the last time you performed the exercise, you’ve incorporated progressive overload.

Shocking your body into adaptive change.

The term, ‘You have to shock you body to make it respond’ is true, but people have taken this the wrong way and it has been misconstrued. People have taken it as you have to change an exercise or your programme entirely to shock your body and get a response from training, which simply isn’t true. In fact, this is actually detrimental to your training as it means that all the progress you made in the exercise is lost, and you have to start from scratch when you revisit it.

Like I stated above, even a single rep or a single kg is enough to get an adaptative response from your body and here’s why. If you imagine in a prior session you have done 20kg x 5 sets x 5 reps, this equates to 500kg of total weight lifted. By adding 1kg it means you’ve now lifted a total of 525kg, by adding 2kg it means you’ve lifted a total of 550kg and so on and so forth. These small amounts of weight might not physically feel like a lot, but they will add up to a huge amount of gains.

Who should use progressive overload?

The short answer is everyone should, but let me go into a bit more detail. If you’re a beginner, using progressive overload is an incredibly powerful tool, as you will be able to increase everything you do faster than someone who has been training for a longer period of time (typically, since your base levels for change are greater). You will become bigger, faster, leaner or stronger at a rate you wouldn’t believe for the first six months of training because your body can adapt quickly.

Sadly, people who have just started lifting often don’t have the knowledge to create or search for a good programme that will really maximise their efforts in the gym. Eventually, as time goes on, progress will naturally become slower, but this doesn’t mean you should forget about progressive overload, this simply means you should expect the results to slow down. It’s normally at this point in somebody’s training that they search for a way to speed up their results and this is when they stumble across progressive overload in one form or another. No matter your training experience or your goal, progressive overload will get you where you want to be, faster.

An example of progressive overload.

Here is an example of progressive overload I personally used with great success. I started with an empty 20kg barbell and squatted, 5×5, 3 days a week. Each time I squatted I added 1.25kg to each side of the barbell. Yes, squatting a barbell with tiny 1.25kg plates each side looks ridiculous but hear me out. After just 12 weeks of squatting, I could squat 100kg for 5 sets of 5 reps! Those tiny 1.25kg’s soon add up to a substantial amount of weight.

Before undergoing this programme my 1 rep max was 90kg; after just 12 weeks, I was performing 10% more than that for 5 sets of 5 reps. You might be thinking, but you could probably do 60kg 5×5 easily so why not start there? The point is that by starting light, you have time to really practice perfecting your form, so when you do get to heavier and more challenging weights, you have very little form degradation and your risk of injury is far lower. The correct movement pattern would have been drilled into you so hard, you actually struggle to do it wrong.

No matter what your goal is, training experience, age or gender, make sure your programme has some sort of structured progressive overload incorporated into it. If it does, you’re on the right path and will surely achieve your goals, sooner rather than later.

Jordan is one half of The Naked Coaches, a pair of fitness professionals from a little town called Frinton, who specialise in aesthetics, strength and performance.