Building from a strong 2014, we kicked off 2015 in consummate fashion with an ambitious Underground campaign in London. Our ‘Tube Man’ was seen by hundreds of thousands of eyeball’s, with a combination of escalator boards, 6 sheets on the train platforms, and ad boards on the trains, too.

The campaign was the first of its kind on the Underground for a sports nutrition brand, and it wasn’t long before we’d started a bit of a trend…

With continued growth over the past 10 years, it was only a matter of time before we had to relocate to a new Kingdom of Gains. Our warehouse was beginning to feel a bit catabolic…we subsequently made the decision to find a new home – somewhere we could flex our muscles with the freedom we desired. 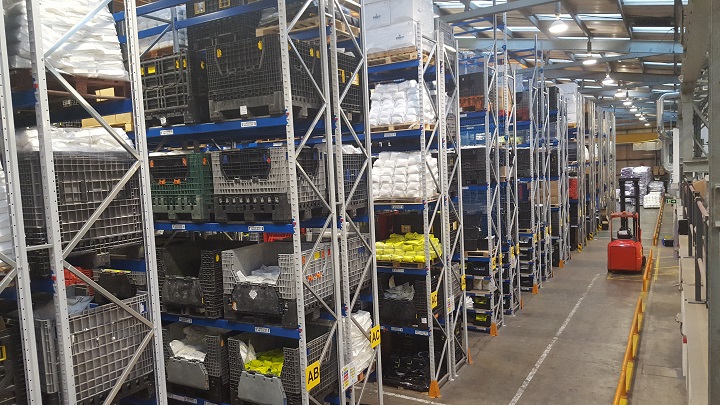 Fast forward a few months and we had upgraded from our 16,000 sq ft. warehouse to a new 45,000 sq ft. customised facility, complete with state of the art production machinery and streamlined processes – a real statement of intent for our plans and aspirations in the next few years, and beyond.

As part of our commitment to always developing the very best quality sports supplements, and Active Foods™, we launched over 50 new products in 2015. In the past two years we have now launched a total of 150 new products. We are continually expanding and improving the range of supplements we provide, with a growing need to support a diverse customer base which includes regular gym goers and powerlifters, to crossfitters, olympic lifters, OCR’s and park runners. Regardless of what you do, we’re confident we have a supplement that can support your recovery and progress, at a price you can afford.

With over 50 launches in 2015, it’s fair to say we’ve had another busy year, with new products released across our core supplement ranges (Pure, Complete, Pro Series and Active Foods™), in addition to a number of exciting organic products, including Organic Cacao Powder, Organic Baobab Powder, Organic Lucuma Powder and Organic Moringa Powder.

We returned to Body Power, Europe’s biggest fitness expo, for the third year running. This year however, we went twice as big – our stand effectively double the size of 2014. This allowed us to showcase more of our supplements and sample far more products! Feedback over the weekend was fantastic, with the live samples going down a treat. 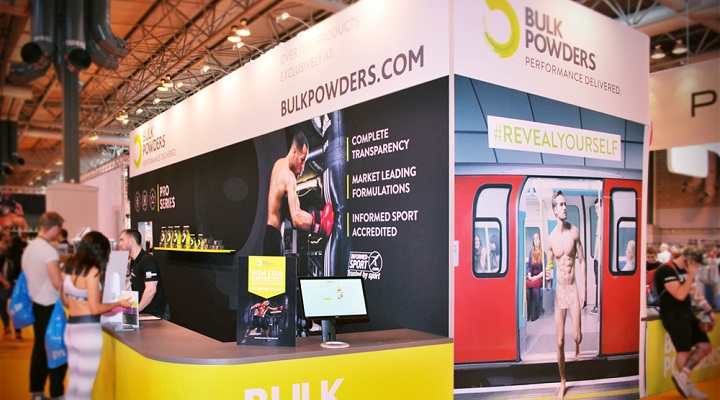 It was also a fantastic opportunity for us to meet existing customers, as well as new customers, face-to-face. Not only did we find this useful from a product development point-of-view, but it was great to be able to talk training and nutrition with people at the show – a topic we are so knowledgeable and passionate about.

Body Power was also the launch pad for a World Exclusive flavour of our Premium Pre Workout, ELEVATE™. Cherry Cola was announced to the World on Friday 15th May and within hours our stock had been savaged – resulting in 2 emergency re-stocks! It’s fair to same that ELEVATE™ was a big hit and continues to be one of our bestselling supplements.

It has been a triumphant year for BULK POWDERS™ athletes. In May, James DeGale became IBF Super Middleweight World Champion by defeating Andre Dirrell, establishing himself as the first boxer in Britain to win Olympic Gold and a World Title belt. In November, James travelled to Canadian for his first defence of the title – beating the tricky opponent, Lucian Bute. 2016 promises to be another huge year for James.

Our very own Matt Argall was back in action on the natural bodybuilding stage, returning from a sabbatical in 2014. The competition probably wished Matt had stayed away as he was quickly back to winning ways – with a 1st place finish at the NPA British Finals (under 70kg lightweight category), and the first person to get a ‘three-peat’ – winning his last three NPA finals. Matt then jetted over to the US of A to win the WNBF World Championships in New Jersey, topping the Bantam weight amateur class. To round it off, he won his pro card! It was an amazing effort from Matt who is a fantastic role model to any aspiring bodybuilder.

Rach Owen, competing in her first year was crowned Trained Figure Champion at NPA Yorkshire and 3rd overall in Best Natural Figure at the NPA British Finals. She also placed 4th best in Britain in the BNBF British Finals. Rach showed immense dedication throughout the year to achieve her physique and duly reaped the rewards. Well done Rach!

Our newest BULK POWDERS™ athlete, Ali Jawad, joined the team back in October but didn’t waste any time picking up medals. In November, Ali won Gold in the 65kg category at the IPC European Powerlifting Championships in Eger, Hungary. He also took second place in the open competition. Ali is now deep in training for the upcoming Rio Olympics which are being held next summer in Brazil.

Ali, like the rest of our athletes, benefit from our wide range of premium sports supplements, providing the vital nutrition they need to support their training and progress – none more so than our Pro Series range, most of which is Informed Sport approved.

In the very recent past we have launched a host of new product videos. Some say they are more like Hollywood blockbusters! These are embedded across the site on relevant product pages. If you haven’t checked them out already, head over to our BULK POWDERS™ product playlist, but for now, sit back and enjoy this introduction to ELEVATE™, our premium pre workout supplement…

Most Popular Recipe of 2015

The plaudits for the most popular recipe of 2015 go to the monolith that is, The Beltsander. With his Vitafiber Protein Cookies Recipe he has created something that consists of only 3 ingredients – not only is it simple to make but it tastes outrageous too. Try it yourself!

1.) Add the VitaFiber™ Powder in a small pan on a low heat.
2.) Add the 30ml water and start to whisk the mixture to combine.
3.) Keep whisking until the mixture turns from cloud to a clear syrup.
4.) Add your Whey Protein to a separate bowl.
5.) Pour the syrup into the whey protein then quickly mix to combine into a rough dough.
6.) Shape the dough into the shape required.
7.) Add any additional toppings and bake at 180ºC for about 10 minutes.
8.) Allow the cookies to cook before serving.

For the full details and macros, check out the Vitafiber Protein Cookies Recipe, or for over 100 high protein recipes, visit our recipes section on The Core™.

To cap off another highly successful year, we were delighted to be selected for the Sunday Times Fast Track Ones to Watch. https://lnkd.in/e9yRFVh This validates a lot of hard work by a lot of good people over the last 2 years and is a nice way to end another record year. But it’s not the end, it’s only the beginning… #FastTrack100

We also received recognition as a Top 500 Internet Retailer 2015 (Internet Retailing). Further confirmation that we are establishing ourselves as a major force in the sports nutrition market, not only in the UK, but also across Europe! Watch this space…

Ultimately, our success is all down to you, our fantastic customers. As we continue to grow, so do the demands on the business, and the expections that come with it. In 2016 we will endeavour to improve upon the quality service you have come to expect from us, in addition to launching a range of new and exciting sports supplements and Active Foods™.

From everyone at BULK POWDERS™, thank you, and we wish you all a Merry Christmas – full of wonder and cheer – and hopefully several bags of Europe’s best value whey protein too! 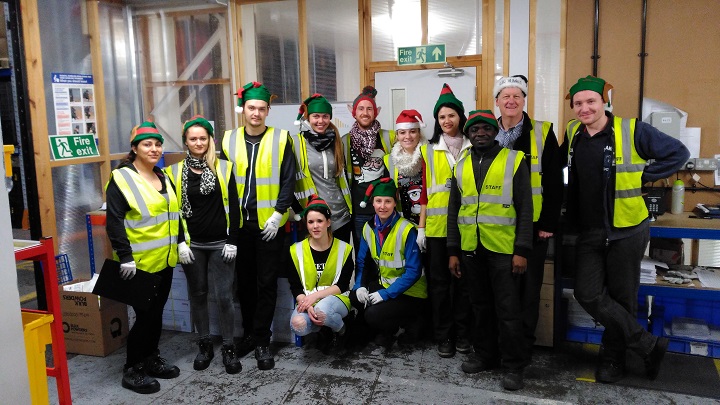