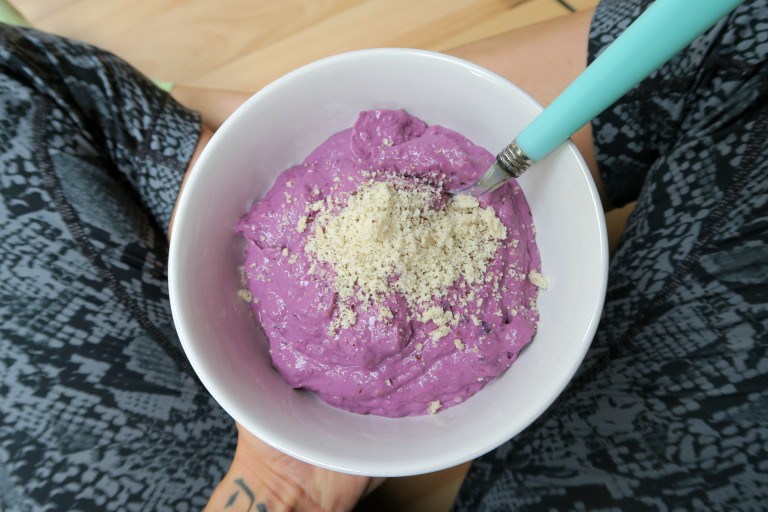 Inulin is a naturally occurring form of carbohydrate and is the storage form of energy in many forms of plants. Inulin is classified as a ‘fructan’, which is a polysaccharide (a long chain of sugars) made up of the sugar fructose, which is commonly found in fruits and vegetables.

However, unlike the ‘simple sugar’ fructose that is found in fruits which are absorbed in the small intestine to be used as energy or stored in the body, inulin (or at least a good chunk of it!) survives digestion and enters the colon and becomes a fuel for our gut bacteria, so only provides around 1.5 kcal per gram compared to 4 kcal for other sugars and starchy carbohydrates. Inulin is classified as a ‘prebiotic’ and by supporting our ‘good’ gut bacteria it, by default, also supports overall health.

The short chain fatty acids (SFA’s) produced by gut bacteria can act as fuel for the immune system, destroy pathogens and are even linked to maintaining a healthy brain. SFA’s also have an anti-inflammatory effect, meaning gut health may be important for reducing the negative impacts of inflammatory disorders, such as arthritis, and reducing the risk of diabetes and other chronic diseases.

Is Inulin Classed as Fibre?

Inulin is categorised as a non-digestible carbohydrate and a polysaccharide fibre, which puts it in the same categories as the more familiar sources of fibre we come across that are contained in foods on a day to day basis. Consumption of inulin is therefore considered as a part of our total daily fibre needs (30g of fibre a day, or in the region of 15g of fibre for every 1000 kcal we consume).

There is a strong association between fibre intake and overall health, partly due to the fact that those who consume enough dietary fibre are likely to have a diet rich in fruit, vegetables and whole grains. Overall health and regulating a healthy body weight is important for the prevention of all manner of diseases from diabetes to cancer.

However, there is also likely a direct role that fibre plays in promoting health, so supplementation with inulin and other prebiotic fibre is likely to be beneficial if you struggle to eat enough fibre in your diet.

What are the Benefits of Inulin?

Aside from being a source of fibre, inulin has a solid amount of evidence in promoting overall health by helping to regulate weight as it helps to promote a feeling of fullness and control appetite, it promotes a better gut environment, has been linked with improved blood markers of health (such as cholesterol and glucose) and potentially has anti-cancer and anti-diabetic effects.

Does Inulin have any Side Effects?

Inulin in large amounts may cause irritation or upset to the digestive system, however most people will tolerate quite large doses well, as long as daily fibre intakes are not excessive. Too much fibre in itself can cause bloating and digestive issues in some people.

The major ‘concern’ with inulin is that, because it is a fructan, some people with conditions like irritable bowel disease (IBD) can be triggered by what are known as ‘FODMAPS’. FODMAPs are ‘fermentable, oligo-, di-, monosaccharides and polyols’ and a low FODMAP diet is often prescribed to those with IBD.

FODMAPS include many types of fibre, especially those that are added to foods to keep sugar and calorie content low whilst providing a sweet taste. Low calorie/carb protein bars contain many ingredients that are likely to fall into the FODMAP category, so those with IBD or prone to bloating should be careful about consuming foods that contain FODMAPs.

What are the Best Inulin Sources?

Inulin is found in many foods, but not often in large amounts. Some of the most common sources of inulin are:

Inulin is also now increasingly used in baking and other cooking as a low-calorie alternative to sugar or starchy carbohydrates.

How much Inulin Should you Take?

As a supplement, inulin is commonly available in powder form. Even a small amount of inulin per day (8-10g) can be of benefit to help meet daily fibre needs and promote a healthy gut.

Obviously, it is important to try and include a variety of fibre in the diet because we need both soluble and insoluble fibre, however supplementing a small amount of inulin each day for those who struggle to eat enough fibre is going to be of benefit if FODMAPS are not an issue.

How to take Inulin Powder

Inulin powder can be used in baking to add extra fibre and act as a binding agent whilst providing a moist texture. For a little extra fibre without needing to add it to your baking, simply add a few grams to smoothies or shakes.

Is Inulin right for you?

If you struggle to eat enough fibre, adding inulin into your daily routine is a great way to get all the benefits of fibre without the ‘fuss’ of having to eat lots of fibre rich foods, which many people struggle to consume.

However, for those who have IBD, it is probably wise to introduce inulin slowly into the diet, and for those following a low FODMAP diet then, unfortunately, inulin is probably something that you want to give a miss.

Inulin is versatile enough to be simply consumed on its own, added to shakes or smoothies for extra texture and even in baking to add extra fibre and act as a binding agent in lower carb baking, and for this reason it is popular in many recipes for this reason. 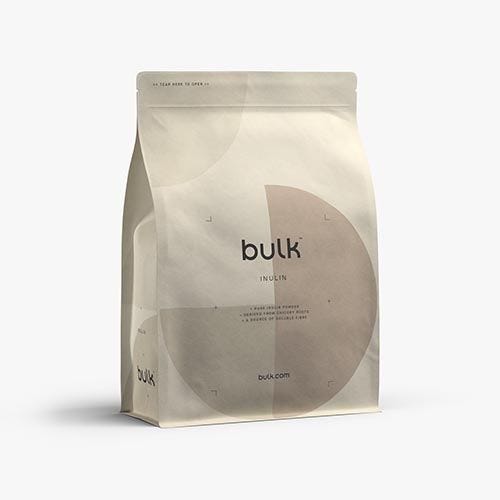 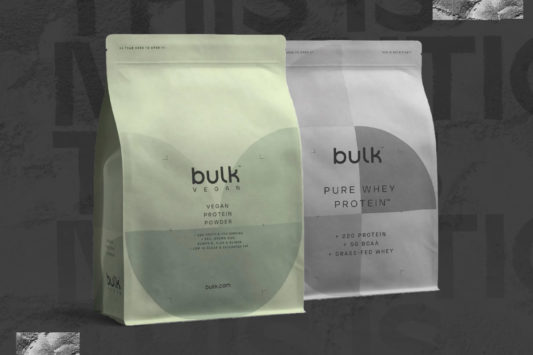 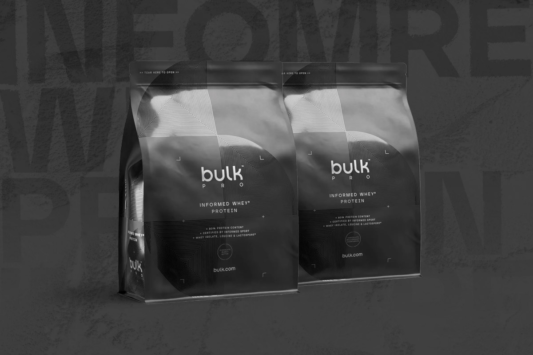 You’ve heard the ‘term all-singing, all-dancing’, but now it’s time to see it in action. Our  Informed Whey® Protein is the best of the best… 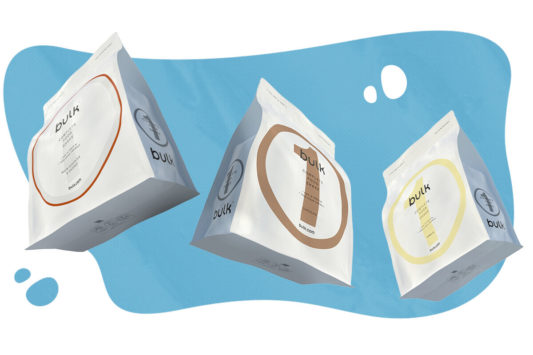 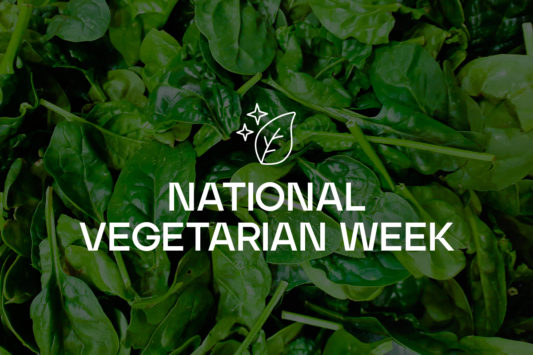 National Vegetarian Week is upon us, so we’re embracing all things green. And we’re not alone. In 2020, 6.5 million Brits intended to give up… 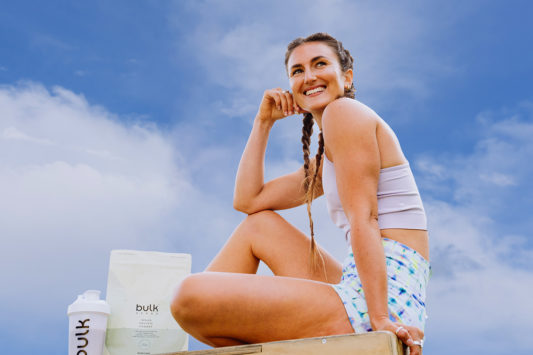 In England, one in four people experience a mental health problem of some kind each year. One in six people report experiencing a common mental… 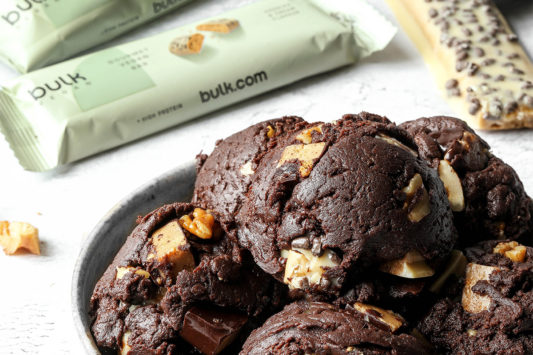 Looking for a sustainable way to bump up your protein? Enter our Vegan Protein Brownie Batter. Soft, smooth and gooey. Our Gourmet Vegan Bar and…