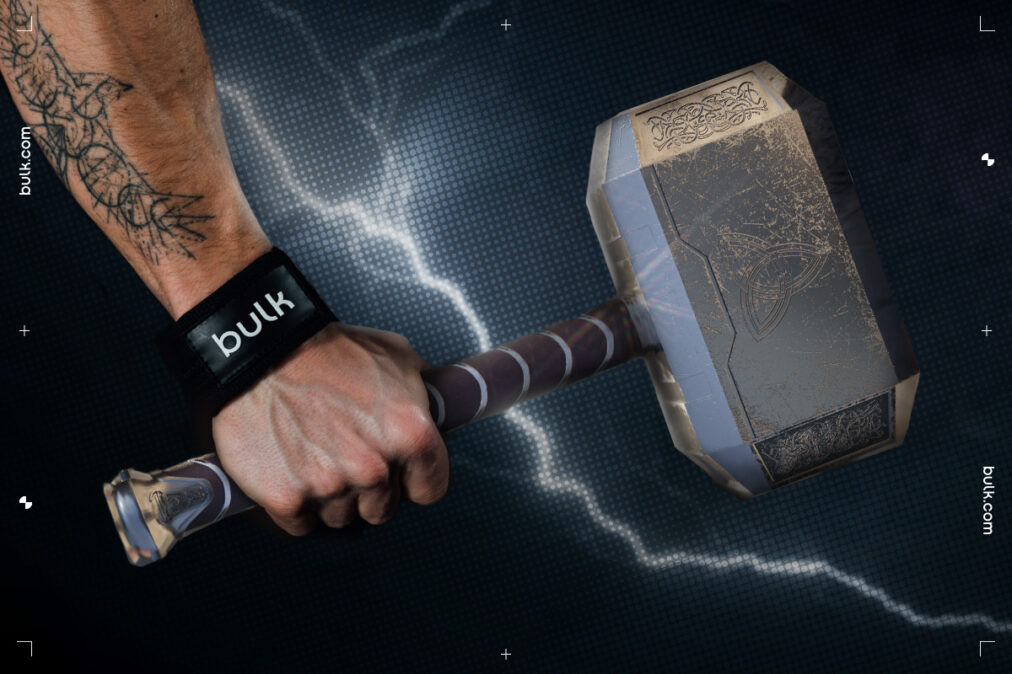 For a long time, people have aspired to look like the people they see on the big screen — particularly the brave and valiant protagonists. Whether you’re mad for Marvel or devoted to DC, it’s almost impossible to avoid the action. And with these superheroes come super bodies, with toned and muscular physiques taking the spotlight.

But what are the most popular workouts out there, and how realistic are they for non-super civilians? We set out to investigate this rising trend, carrying out research into what people are searching for the most on Google, TikTok and YouTube. After that, we asked one of our experts to discuss whether these workouts offer a roadmap to an achievable end, or fool the average Joe into an idealistic fantasy.

What are the most popular superhero workouts?

Our research found that on YouTube, the Batman workout, Superman workout and Thor workout all managed over one million searches. Meanwhile, over on TikTok, the most popular by far is the Thor workout with 4.6million views. The God of Thunder is truly ruling the top spot.

For the search volume, we took a range of keywords relating to specific superhero workout routines for each superhero – such as ‘Thor workout’, ‘Thor exercise routine’ and ‘Thor workout plan’ – so they were all relevant to search intent around workout plans and routines. We disregarded any generic searches (e.g. Thor) that just related to the actual superhero or their films. The table here shows the name of the superhero that’s been searched for in relation to their workout plan.

How realistic are superhero workouts?

For some people, superhero workouts can be inspiring and aspirational. For others, they can fool them into delusional expectations. We all need to stay active, so if these workouts are motivating you to raise that heart rate and get some exercise more often, that’s a good thing.

The Hollywood stars portraying the inspirational figures have teams of people to help with training and nutrition and, at the end of the day, getting into shape is part of their job. This means they can afford to spend hours working out every day, with carefully balanced meals prepared for them. Most of us simply have too much life happening to offer the same level of dedication.

It’s also not healthy to chase a goal that’s too unrealistic. Having more muscle mass doesn’t always mean you’re fitter or healthier and, of course, there’s much more to wellness than your physical appearance. On top of this, there are plenty of factors that naturally affect the physique, such as metabolism and genetics.

Even if you executed this all perfectly, there’s no guarantee that you’ll end up looking the same as these actors. It takes more than a few kettlebell swings to see such a dramatic change in physique if you’re going about it in a healthy and natural way.

What do actors think about superhero workouts?

Both Zac Efron and Tom Hardy have been vocal about how excessive training to prepare for specific roles has left them feeling exhausted and damaged, both physically and mentally. After training for 2017’s Baywatch, Efron revealed he dropped to just 5% body fat with a strict diet and workout regime for months. But, despite attaining a ripped figure, Efron admitted the whole thing was, “just not real”. He also advised fans that if you, “take care of your heart and take care of your brain, you’re good”. 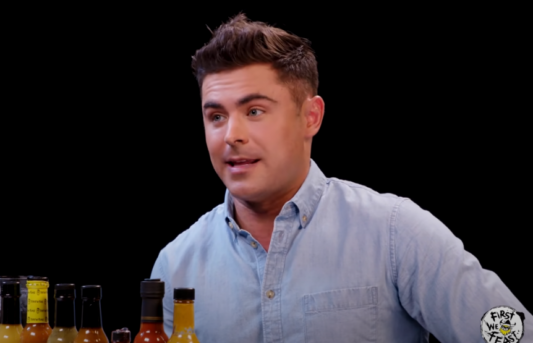 What does our in-house expert think?

To enlighten us further, we asked our Head of Innovation and expert in sports nutrition, Rowan Cooke, to look at some of the most viewed workouts on the internet and explain why they may be unrealistic.

“Superhero workouts have become super popular and for good reason – the actors who play these superheroes have inspirational physiques and look incredible. However, for your average person who works a nine-to-five job, and doesn’t have access to nutritionists, chefs, world-class personal trainers and the best gyms in the world, it’s often unattainable.

Some of the actors may be able to gain 10kg+ for a role and maintain 10% body fat from a 12-14 week program. Others may be in superhero shape for one year, followed by playing roles which require them to be unhealthily slim (Christian Bale comes to mind). These extremes are super tough for the average person to achieve without it being their number one priority.

In addition, it wouldn’t be advised for the average person to go after these rapid transformations. The huge swings in weight can be unhealthy and lead to an unhealthy relationship with food and training. For your average person, it’s great to have these physiques to aspire to. However, without the major resources and aggressive timelines, the best approach would be to remain consistent and healthy. This means small calorie increases/decreases and a consistent training programme over time.”

We identified four of the most popular workout routines from actors that played superheroes. We then asked Rowan to give some insight into the pros and cons of each one, as well as why these routines are often unrealistic for the average person.

“The Batman routine is broken down into three phases – the third phase of the training programme is the ‘leaning out phase’. This changes the lifting portion of the programme to more bodyweight movements. The workout involves a focus on compound lifts (deadlifts, bench presses, squats, shoulder presses and pull-ups) for strength, before moving into a hypertrophy phase (with accompanying accessory lifts).

I would typically recommend keeping the lifting exercises in to ensure you maintain strength, while developing muscle. For your average person, maintaining strength correlates with maintaining muscle, so I would keep the focus on hitting similar numbers on the compound lifts.

From a diet perspective, the advice is good. It offers the freedom to choose your own foods as opposed to focusing specifically on a meal plan. It also gives generally good and healthy guidelines: lean meats, healthy fats, seeds, whole grains and oats, fruits and veggies, and low-fat dairy products. With this workout, you should be aiming for a shallow calorie surplus of 300-500 in the bulking phase and 300-500 deficit in the leaning phase.”

“The Thor training programme follows a similar methodology of a two-part system. A bulking phase for eight weeks, followed by a four-week fat loss plan. The focus of training changes dramatically from a traditional compound movement plan to more functional movements in a circuit style.

The main issue with this is, again, that it relates to the maintenance of strength and muscle for natural athletes. There’s also the lack of individualising the routine. If you enter the Thor programme as a bigger or stronger individual, less emphasis should be placed on an eight-week bulking plan, and perhaps more time should be spent in a fat loss phase where you focus on being in a calorie deficit.” 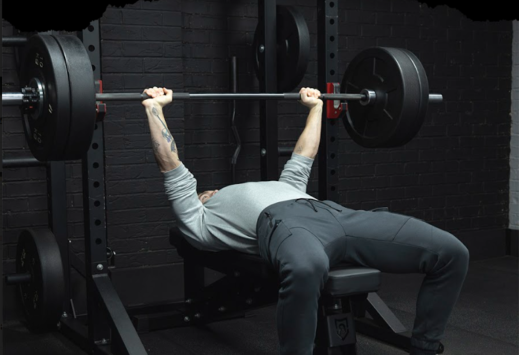 “The problem with the Superman routine is that it’s meal-plan focussed. This limits the freedom of choice, making it extremely difficult to maintain for a prolonged period of time. While some people may be able to stick it out for the entire programme, for most people, eating the same meals every day for 12-14 weeks is pretty unsustainable.

This routine does offer two different workout plans that work towards the same goal – which is a positive for the plan. Ultimately, it allows your plan to be more personalised for you and your goals. If you’re carrying more body fat, you can focus more on fat loss and vice versa if you aren’t carrying as much muscle mass.”

With the release of Black Adam, we wanted to give an honourable mention and some insight into The Rock’s super-intense, almost overkill, workout routine.

“Again, this routine has a meal-plan focus, which limits your freedom of choice. The Rock is renowned for his cheat meals. While they look epic and give you something to look forward to at the end of the week, there has been quite a negative mental aspect with cheat meals. Choosing to reward yourself each week with an epic cheat meal can lead to bouts of binge eating.

It’s also very difficult to identify when a cheat meal is actually needed as opposed to wanted. You ideally need the benefit of a nutrition/diet coach, or at least an impartial view of when you’re depleted enough to need a cheat meal. Without this, you may choose to have a cheat meal every week, which can cause a plateau in fat loss results.

The Rock also follows a ludicrous amount of volume according to his training program. Taking his leg day as an example, he’s performing 30 working sets for his legs in one session alone. For most people, this one session will be extremely difficult to recover from – ignoring the fact that he has two leg sessions per week and only one rest day. This is really tough, especially if you’re a novice looking to jump straight in and follow the program. Ultimately, following this regime may lead to overtraining, due to being unable to recover from the gruelling workouts.”

What is the safest approach to gaining muscle mass?

In light of these unrealistic programmes which promise incredible results, we asked Rowan to give us his advice on the safest way to put on muscle mass in a workout routine the average person can follow.

“The safest approach to gaining muscle mass is to focus on consistency. This isn’t too much fun or as glamorous as the superhero workout and diet plans. But ultimately, for an average person, consistency in training and nutrition is crucial. Supplements will help, but aren’t a replacements for dedicated training and a high protein diet.

Superhero plans are typically short (around 12-14 weeks), sharp, intense programs to work towards a goal. But the above approach is sustainable and easy to stick to for a much longer period of time. Just be aware it’ll take a longer, but more realistic, time period to hit these physiques naturally, in a real-world scenario.” We believe in sharing, and we’d love to know what you think, so don’t forget to tag us in your creations using Bulk™ products. Check out @bulk for more recipes, ambassador workouts and tips. Join our community of fitness lovers and foodies by tagging #TeamBulk.

We take pride in ensuring our articles are written by the most knowledgeable and qualified people available. With degrees ranging from BSc Sport and Exercise Sciences, BS Nutrition and Food Science, MA Sports Nutrition and MSc Applied Sports Nutrition, Bulk's in-house product and content team have over 20 years' experience. We source and cite our scientific literature from reliable, trustworthy databases.