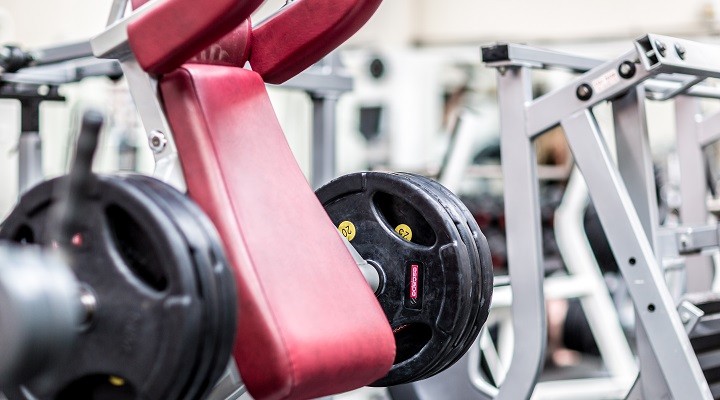 It’s a common concern and something we’ve been asked about for a while now. ‘When are you bringing out a caffeine-free pre workout? I train late but caffeine messes with my sleep, so I can’t take it after 6pm!’

The inclusion of ingredients such as caffeine and taurine are commonplace in popular pre workout supplements and for good reason too. There is a lot of research to support their performance benefits, particularly if you are strength training.

But the issue arises when your training schedule falls outside of the norm. If you train late at night, a pre workout that is highly dosed with caffeine can be problematic, with the potential to impact upon your ability to gain quality sleep.

Interrupted, poor quality sleep is a sure-fire way to kill your gains, and nobody wants that!

You don’t need caffeine to have a great workout.

Before you decide that caffeine isn’t beneficial to a workout, take a deep breath. Caffeine is absolutely beneficial. If you train in the morning for example, a caffeine supplement or pre workout containing caffeine could be exactly what you need.

However, I think we’ve determined you’re looking for something else. An alternative that will still allow you to perform in the gym and have a great workout, but without the associated buzz that keeps you up all night and leaves you feeling tired the next day.

The product development team were set the task of creating a caffeine free pre workout supplement. But rather than simply taking an existing formulation and removing the caffeine (which would be lazy!) they have reformulated our popular Complete Pre-Workout™ to create something pretty powerful.

Out goes the 200mg caffeine and 400mg l-tyrosine for starters. You don’t want this if you’re banking on some beauty sleep.

But how do you maintain the performance edge without the buzz?

The team reviewed the existing dosages. Complete Pre-Workout™ is a popular supplement and the ingredients list is impressive but the challenge for the new caffeine free version was to try to maintain, or supersede, the performance benefits of the original – minus the caffeine.

Dosages of both Beta Alanine and Citrulline Malate have been increased to an impressive 3g each. Ever present in pre workout formulas, these guys are the fatigue fighters. When you’re working out and trying to power through a set, the last thing you want is for ‘the burn’ to kick in ahead of schedule. Beta Alanine and Citrulline Malate help to preserve muscle pH and acidity levels – delaying the build-up of lactic acid and muscle fatigue.

3g of Creatine Monohydrate has been added to increase physical performance in short, high intensity bursts of exercise. Think sprinting, weightlifting, any explosive movement that requires a supply of ATP. Creatine is also believed to have an effect on brain power, specifically our ability to focus and recall information. So whilst caffeine has been removed, Creatine may support brain function and focus.

What else is included?

We’ve added 700mg Choline Bitartrate. This is part of the B-complex vitamin family and is used by nerve cells to manufacture a chemical called acetylcholine, which effectively allows cells to communicate which each other. By increasing the efficiency of communication pathways to the brain, Choline Bitartrate is thought to aid muscle contractions and movement, as well as assisting coordination.

And not forgetting Vitamin B6 and Electrolytes which have both been included to help maintain performance levels whilst training. Vitamin B6 contributes to a reduction in tiredness and fatigue, ideal with the exclusion of caffeine.

Looking for late night gains without the pains?

Try our Complete Pre-Workout™ Caffeine Free today and power through your training sessions without the buzz of a heavy pre. Currently available in two great tasting flavours – watermelon or lemon & lime.