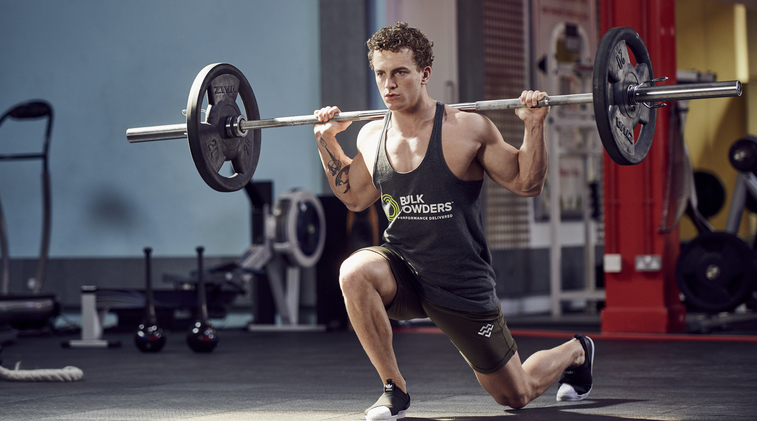 Most people who go to the gym assume they’re stronger than average. Do you know how you really stack up?

Ever been asked how much you bench, or whether your muscles are just for show? As gym goers, we spend a ton of time training, but some of us never discover how strong we really are.

How strong is strong, anyway? How much do you have to lift to be considered strong by the general public?

Perhaps the general public’s opinion isn’t the best yardstick. After all “how much do you bench?” doesn’t mean much, really. So what are the questions we should be asking to assess how strong we really are?

How Strong Are You “Pound For Pound”?

There are loads of ways you can test your own strength – 1 rep max testing is the best known. But you could also test for volume PRs, or doubles/triples. Ultimately, the only thing that matters is your own progress (unless you’re one of a handful of athletes gunning for 1st place in strength sports). But even if you do compete in powerlifting, Strongman, or Olympic lifting, it’s difficult to really know who’s the ultimate strongest person around. What matters most to you: how must stronger you can be, year on year? Or how you measure up against your age group or weight class?

Strength Differences Between The Sexes

The average man is stronger, pound for pound, than the average woman. This is mostly down to the amount of muscle mass men have, compared to women. But of course this changes somewhat when we’re talking about trained men and trained women.

Plenty of women weigh just as much as men of equal height, although it is less common to see a female with the same amount of mass from lean tissue (on average, most women will carry more body fat than their male counterpart – or to put it another way, will end up lighter when dieted down).

Who is stronger – men or women?

Muscle tissue is made of the same thing and responds in the same way to stimulation, regardless of gender. Put simply, if a man and a woman train with a load relative to their own threshold, they will gain strength at the same rate.

In general, women carry around 2/3 the muscle mass of men, and produce about 2/3 of the applied force and total strength. But this is clearly not a universal truth: pitch an intermediate lifter from your local gym against the best female powerlifters in the world, and the female would lift more.

It has been noted that women tend to match the relative strength of men more closely in lower body muscles than in upper body muscles. This could be due to mass, or cultural expectations and confidence. Squats, lunges, and deadlifts tend to come easier to women (and be more enjoyable) than pull ups and bench press. And the reverse could be said for a lot of guys.

Let’s get away from the generalisations, and just remember that strength is not a male birthright. But if all other factors are equal, men will almost always be stronger than women.

It’s tempting to compare strength across sports like strongman, CrossFit, Olympic lifting and Powerlifting. But once you consider the differences in training, competitive goals, rep ranges, equipment, and lifts, you’ll realise that it’s a futile exercise. But it can still be fun to argue who wins the title of World’s Strongest Athlete. Strongmen have that official title, of course, with USA athlete Brian Shaw lifting the title of The World’s Strongest Man 2016. Some of the lifts that propelled him to that win were an 18-tonne truck pull, 375kg car deadlift for reps, and 360kg frame carry.

Even in powerlifting, the argument isn’t easy to settle. We have various federations. Equipped and raw. And a whole range of bodyweight categories. The accepted method of smoothing out these variables is to refer to Wilks score.

So How Strong Is Strong?

Good benchmarks for intermediate to advanced lifters are:

How Can You Improve Your Strength?

One of the most reliable ways to improve strength is to gain weight – more mass usually means more weight shifted. But this might only improve your relative strength. You’ll need to drop weight and try to retain your lifts to see whether it translates to absolute strength.

Training programmes like Wendler’s 5×5, Smolov and Smolov Jnr, and a periodised powerlifting programme will help push your strength to the next level. Once you shift your focus to gaining strength, your nutrition will need to change to support the demands on your CNS, lean tissue, and connective tissue (not to mention your mindset!)

Creatine is a staple favourite of strength athletes, helping power output especially during intense training. Caffeine could help you focus on max lifts (if you’re not a coffee-drinker, choose a pre-workout or intra-workout that contains at least 200mg caffeine per serving).

And you’ll need to take recovery nutrition seriously if you want to see a strength training block through to the end. Pure Whey Protein™ and Dextrose are the most fool-proof way of getting the optimal protein/carb ratio after training. And ZMA– a specific blend of zinc, magnesium, and B Vitamins – helps lots of heavy lifters sleep better – because recovery will be your best friend when you’re chasing strength gains!

Nicola Joyce has been writing about sport, fitness, nutrition and healthy living since 2004. Her background is in endurance sport but she turned to competing in amateur bodybuilding. In 2013, she competed at the INBF World Championships in Boston as part of the UK Team of athletes. Nicola took the female bodybuilding (heavyweight) title and then went on to win the overall comp, becoming the INBF’s overall female bodybuilding World Champion. 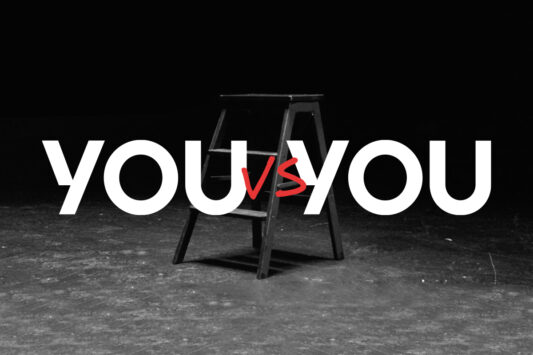 “Comparison is like pressing a bruise. All you get out of comparing yourself to someone else is pain.” Georgia Grant, Online Coach and Influencer  Imagine… 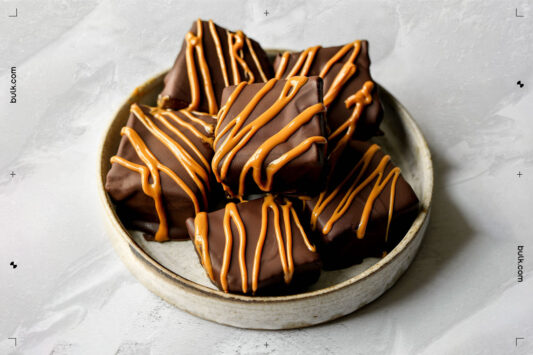 Hungry for a chocolate fix? These protein brownies are deliciously chocolatey while satisfying a tasty macro hit. Try them now with our recipe below.  What… 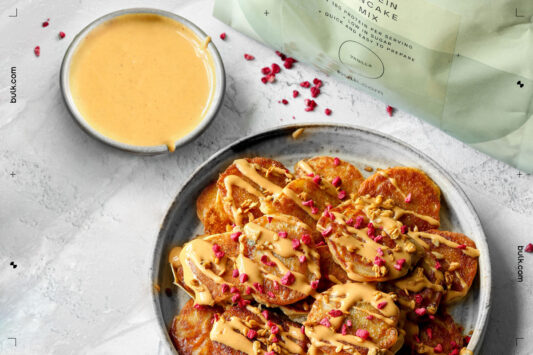 What’s better than regular pancakes? Bitesize ones, that’s what. Here we give you a unique recipe from our resident foodie genius, @nadiashealthykitchen. Check out the… 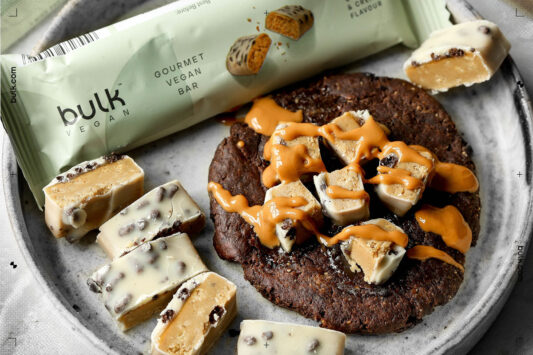 A great alternative to traditional cookies, vegan protein cookies are are created with plant-based protein sources that can help support muscle growth and repair.  Here… 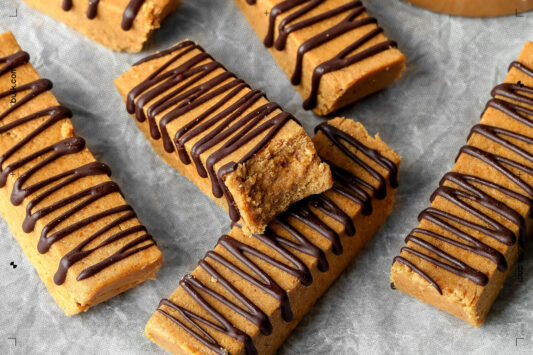 We all know we already make the most amazing pre-made high protein bars. So if you’re looking for an easy protein fix, head straight there.… 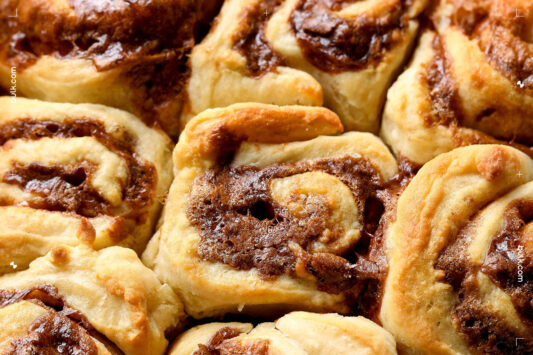 Delicious, indulgent and protein-packed. It doesn’t get better than this. Just wait until the smell of warm cinnamon rolls fills your kitchen. Discover the recipe…