The Difference Between Weightlifting, Powerlifting, & Bodybuilding 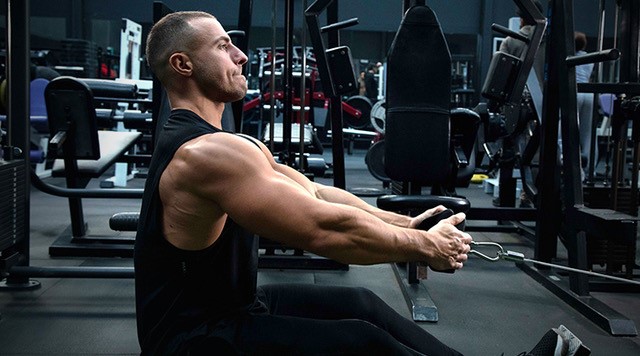 Here’s how to explain the differences between the three “lifting” sports.

If you train with weights, you’ve probably had at least one confusing conversation with a non-lifter. Do you do that weight lifting thing? Is it like the one on telly in the Olympics? Do you lift up those big stones and pull trucks?

Here’s your 101 guide to strength sports.

This is the one people will have seen on TV during the Olympics. Olympic Weightlifting (or “Weightlifting”) isn’t simply what we all do when we go to the gym (although, confusingly, that is “lifting weights”). Weightlifting is a separate sport. It only has two competitive lifts, the snatch and the clean and jerk. It is a highly technical sport which demands skill, strength, power and control. Weightlifters have to diet to an extent, but not for the sake of appearance. They will need to fit into a weight category.

This is the one where you are judged on how much you can lift on the day of competition. You do three lifts: squat, bench press, and deadlift. You get three goes at each of the three lifts, and at the end of the day your best lift of each one gets added up. This is your “total”, and that is what you are judged on. Powerlifting demands good technique (you can fail on not achieving squat depth, for instance), knowing and listening to the referee’s commands, and – of course – strength.

Bodybuilding is perhaps the most well-known strength-training sport, which is odd when you consider that it’s never on TV. Depending on the generation of non-lifter you’re speaking to, they might think of Arnold Schwarzenegger or Phil Heath. It’s highly likely that you don’t look like any of the famous bodybuilders your Uncle is familiar with. You might need to explain that there is natural/drug free and assisted bodybuilding, weight classes, and (gasp) even female bodybuilding. If in doubt, strike a double biceps pose and mention the fake tan.

The Differences in Training Approaches

Weightlifters, powerlifters, and bodybuilders will all train with weights throughout the year in order to get better at their sport. But that’s pretty much where the similarity ends. An Olympic lifter will spend time perfecting the technique of his two lifts, working on speed, and staying agile. A powerlifter will mostly train the three lifts, with variations (to correct weak points in the lift) and accessory work. A bodybuilder is likely to train body part splits (or push/pull/legs), with reps in a hypertrophy range, and a focus on volume.

All three athletes will do some type of squat, deadlift, and press in training. But a bodybuilder will be able to choose from a lot more variety in terms of angle, tempo, and exercise selection. The powerlifter and weightlifter will naturally stick to the exercise selections, rep ranges, and tempos that most benefit his sport.

Weightlifters and powerlifters are both tested on the weights they lift on the day. The lift in a platform, in front of referees and judges. They are not judged on how they look or the style in which they lift (as long as their lifts meet the criteria for the lift). A bodybuilder is judged on how he looks (muscularity, symmetry, mass, and condition) and on presentation. He is judged on a set series of poses, and to a lesser degree on presentation. It doesn’t matter how much he can bench (or anything else!)

Do you compete in one of these strength sports? Have you ever had to explain the differences to a confused non-lifter?

Nicola Joyce has been writing for (and about) sport, fitness, nutrition and healthy living since 2004. She’s also a keen sportswoman: her background is in endurance sport but she now competes as a natural bodybuilder, most recently winning a world title with the INBF. When she’s not writing content, she can be found blogging. Follow her here www.nicolajoyce.co.uk and on Facebook & Twitter (@thefitwriter) too.