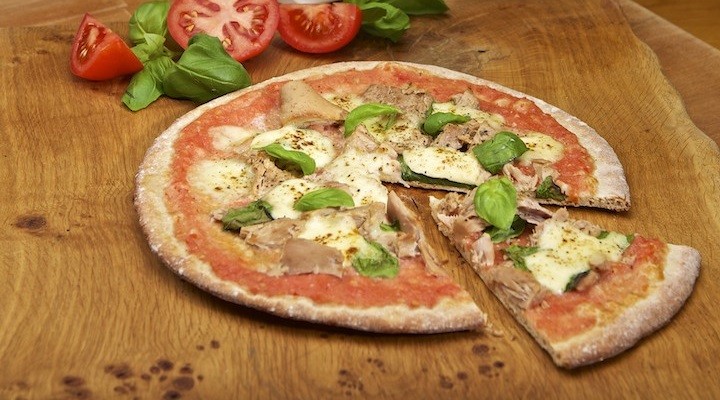 So, the old saying ‘cheat’s never prosper’ was something drummed into most of us when we were kids, but a cheat meal?? All just Broscience, right? Let’s look at what that actually means…..

The name is probably a bit less dramatic than we initially inferred – but what is it?

A cheat meal is often also referred to as a ‘refeed’ – which is basically a surplus of calories (usually higher in carbohydrates and fats) that can be eaten, generally once a week with a view of stoking one’s metabolism and also as a reward for keeping on the straight and narrow meal-wise for all the other times during that week.

Before we go any further, let’s clarify before you set your alarm clock, grab all those takeaway menus and chocolate bars – this is a sheduled meal and not a free-for-all whole day eating affair, or a man-versus-food type challenge either…

Let’s look at the science behind it.

Knowing that your body will be under calorie restrictions, with carbohydrates being the one we tend to feel the most, the two hormones Leptin, and it’s counterpart Ghrelin, are the players where fat loss and hunger are key. Leptin (a protein produced in fat cells) tells the brain (via the Hypothalamus) we have enough fat stores in the body, and in turn controls our appetite / hunger. Now, from our self inflicted diets, fat loss occurs, meaning we have less Leptin being produced. So when we lose fat, our hormones are automatically altered.

Ghrelin is an appetite stimulant that signals the release of growth hormone and is produced by the stomach when it is empty, and again, like Leptin, flags to the Hypothalamus that a signal is needed to tell the body to eat. Not really what we want to hear when dieting, as an ’empty’ stomach is part and parcel of the diet after all.

Here’s where the cheat meal comes in.

When used correctly, a cheat meal can help reset hormones responsible for metabolism and insulin regulation, replenish our glycogen stores for increased energy, and keep our calorie burning and fat utilisation the number one priority.

Now there are various levels of dieting, and individual needs for certain body fat levels, with a competition bodybuilder being the extreme, aiming for very low levels of body fat (~4/5%) at increased risk of hormone imbalances that would normally regulate energy / calorie usage, body weight and fat mass stability, control the suppression of hunger, and ultimately metabolism – with metabolic damage a real possibility.

Once a cheat meal is consumed, the increase in metabolism can last for several days after your body digests it, (even if your stomach doesn’t think so), offsetting the drop in hormones that occurs when the calorie deficit is resumed once more.

This, ‘stoking of the fire’ as it’s sometimes called can really yield results, and can break through some plateaus that can often happen when the body starts to think being uber lean isn’t ‘all that’ after all.

Cheat meals can really be something to look forward to, and can also give you a chance to eat ‘normally’ with family or friends for that chosen time, so timings can enhance the benefit of the cheat meal, to extend it to social situations. As such, the weekend is generally the most logical time to refeed, with the evening meal being the most suitable as you are less likely to continue eating as the evening draws to a close, opposed to say breakfast – it’s a long day ahead otherwise!

Now, the one thing that a lot of people encounter when having cheat meals is that once they taste the good stuff (the junk!), going back to the chicken breasts and broccoli doesn’t seem so appetising, and as a result, the cheat meal opens up Pandora’s box and they simply can’t stop eating (oh, the joys of sugar, right?). For this very reason, some simply can’t use this method of dieting.

The other aspect to this is the fact the day after a refeed some may feel extra motivated by the bump in calories, and possibly even guilty, thus promoting some great workouts and hopefully continued results.

So, definitely not ‘Broscience’ and something to think about for anyone looking to shed a few pounds, used in conjunction with your trusted BULK POWDERS™ supplements.

You can’t really go far wrong with a good old tub of Peanut Butter, or any of our nut butters for that matter! They all contain high amounts of protein and fats, supplying the calories you need to replenish your calorie stores. For an extra carb hit, our High Protein Flapjacks and High Protein Snack Bars are just the ticket – and when they taste this good, it’s hard to put them down.

Matt Argall, a BULK POWDERS™ sponsored athlete, is a 2-time British natural bodybuilding champion. Matt has a wealth of training and competitive experience behind him and is known for his consistency and his precise approach to weightlifting. Unlike many bodybuilders, he is in shape year round.